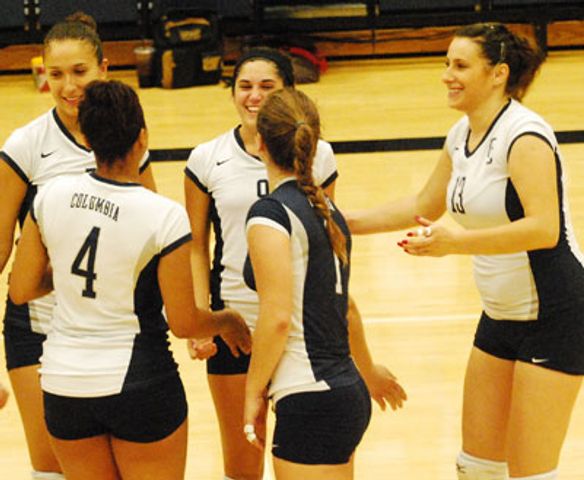 COLUMBIA - The Columbia Cougar volleyball team secured their spot in the championship match of the American Midwest Conference (AMC) postseason tournament Thursday, defeating William Woods University in the semifinals by scores of 25-15, 25-13 and 25-11. Columbia is the top-seed in the eight-team playoff. The Owls from William Woods entered Thursday's match as the fifth seed.

The Cougars will play Missouri Baptist University at 1 p.m. in the championship match of the AMC tournament on Saturday, Nov. 12 in the Arena of Southwell Complex. Columbia has a 2-0 head-to-head record against Missouri Baptist this season.