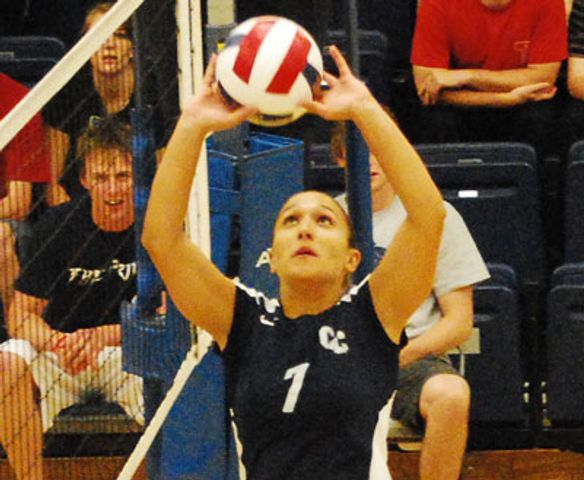 COLUMBIA - The No. 3 Columbia Cougars volleyball team was swept (25-23, 25-18, 25-23) by Missouri Baptist University in the championship match of the AMC Tournament, thus ending their 29 game winning streak.

The Cougars (35-3) was led by Vesna Trivunovic who finished with 15 kills and Serena Jenkins added 12. Paula Ferreira had 36 assists, while Hayes had 14 digs.

This was just the second time in 19 years in which the Cougars lost the championship game.