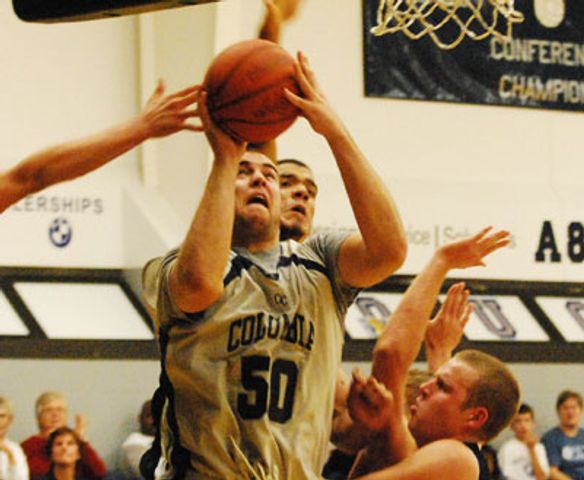 COLUMBIA -- The Columbia College men's basketball team stayed in a tie for first place in the American Midwest Conference (AMC) standings on Saturday with a win over William Woods University on the road by a final score of 75-57. Columbia, ranked No. 21 in the latest NAIA Top 25, improves to 20-6 and 7-1 this season with the victory while the Owls drop to 11-16 overall and 2-7 in conference play.

With four contests remaining in the regular season for the Cougars, they sit atop the standings, one game ahead of Harris-Stowe and Missouri Baptist.

The Cougars held control of the game by dominating in the paint. Columbia outscored the host team 42-8 in the paint in the contest. Columbia also held the advantage on the boards, 41-35. The Cougars were in the lead, 39-23 at the half and did not allow William Woods to find their groove, forcing the Owls into 16 turnovers posting the 18-point win.

Dontre' Jenkins had 19 points and 13 rebounds for the Owls to lead all players.

The Cougars return to the hardwood on Thursday, February 16th when they host Missouri Baptist University. Game time is set for 7:30 P.M. in the Arena of Southwell Complex.