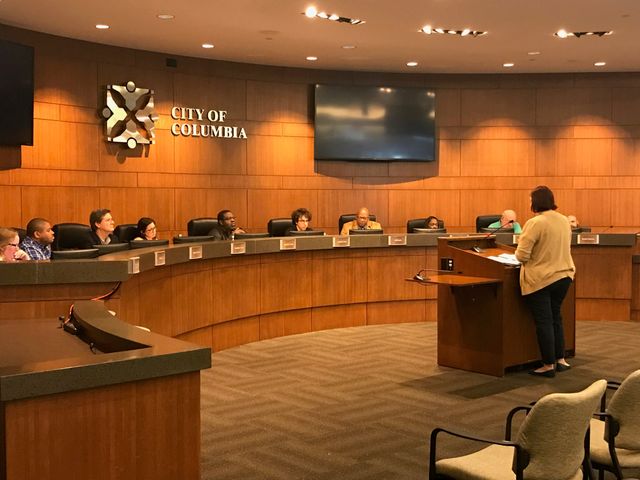 COLUMBIA - Four months after a man was shot and killed by a security guard at a Columbia Waffle House, The Citizens Police Review Board is taking a fresh look at how guards are licensed.

“If we are requiring a police officer to have all these rules, then we to have a security guard to have those same, or at least, close to, same standards, because he is acting as a person walking around with a gun and could take somebody’s life," she said.

Security guard applicants must pass a three-part concealed carry test. However, they can retake the test as many times as they want, with a ten dollar charge.

One Columbia resident who attended Wednesday's board meeting said she finds it scary a security guard can take the test multiple times until they get a passing score.

“That’s a little worrisome if it takes someone, you know, 10 times to take the test, then obviously they’re not super competent with a firearm, and obviously makes it less safe,” Adrianna Talavera said.

Once a guard passes the test, they don't need to take it again and their license would be renewable each year.

The process to become a security guard requires going into the police department's business office and completing an armed guard license form, undergoing a background check, and taking the CPD's guard gun testing.

“There are some technical questions a lot of people, unless they were a police officer or a correctional officer, you wouldn’t know about firearms law, so we aren't trying to prevent anybody from passing the test,” she said.

Schlude said psychological evaluations are not taken into account for armed guards, though it is considered for officers.

Requirements for security guards became a focus of attention after guard Matthew McMillan shot and killed Anthony Warren at the Waffle House on Vandiver Dr. McMillan said he felt threatened by a crowd after a shooting involving two other people. Warren was part of that crowd.

Some people questioned whether McMillan was adequately trained to handle such a situation.

One member of the Citizens Police Review Board said the difference in rules for police officers and security guards doesn't make sense to him.

“It just seems to me that this is backwards," Val DeBrunce said.

Board members said they have more questions about security guard requirements for Schlude to answer at their next meeting, which is on May 9.