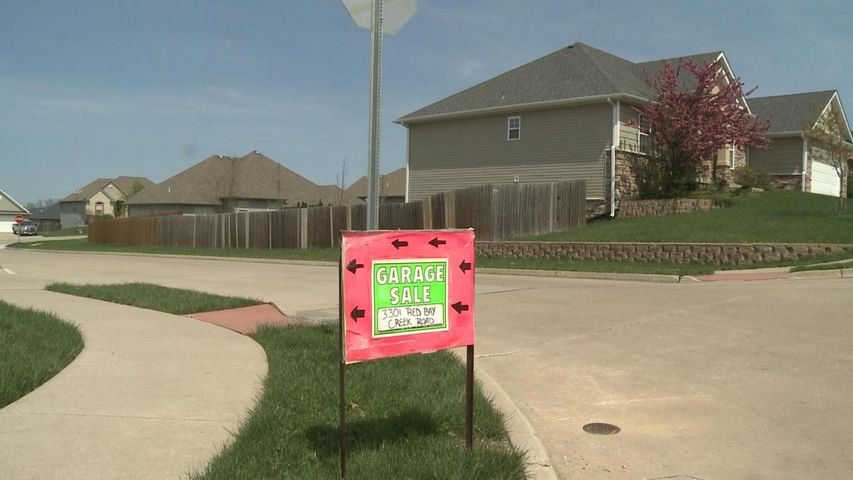 COLUMBIA - With many families joining in on neighborhood garage sales around this time of year, some residents warn that fake cash is being passed to sellers.

Residents in one Columbia neighborhood who recently had garage sales said they ended up losing money instead of earning it by receiving counterfeit $20 bills.

One mother, who asked to remain anonymous because she is a victim, had a garage sale a few weeks ago. She noticed a suspicious man leave her sale then come back to buy something during a busier time.

"There was quite a few people that had come to shop, and a guy said he didn't find anything and left. I'm assuming it's the one that gave the bill. I didn't realize that we had collected a counterfeit bill," said the resident who spoke to KOMU 8 News.

It wasn't just her house that received fake money that weekend.

There were only two garage sales in her neighborhood, and the resident said the man gave counterfeit money at both.

"It was pretty obvious that it was intentional because it wasn't a mistake that he accidentally got a counterfeit. He was probably the one who made them because it was both of our houses that ended up with counterfeit bills," said the resident who spoke to KOMU 8 News.

The resident said she and her neighbor lost about $60 together from the scam and that her neighbor only ended up making $120 total, after the loss.

She said she had not realized she collected fake money until the money went to a local bank.

The resident said she has warned people on a Facebook group about the incident but hasn't reported anything to police because she said there isn't a lot that can be done now.

"I used to manage a bank so I use to have counterfeit pens that I kept and checked when I did have garage sales, but I haven't had one in so long, and I really didn't think it was going to be that big of a sell, " she said. "So it wasn't something that crossed my mind. Then after the fact I was like, oh I guess I probably should have had a counterfeit pen."

Columbia Police's Public Information Officer, Latisha Stroer, said the pens are great but do not work if a bill has been washed. She said people should check for a color shift in the ink on the bills because washed bills will appear flat.

Another resident, Phyllis JiJi, who recently had a garage sale in another neighborhood said she has always been told to be careful.

"I don't have a pen to check bills so I am really careful about the size and the amount of the bills," JiJi said. I don't take any $50 bills. A lady wanted to give me a hundred, and I told her I couldn't make change for a hundred today because I didn't know and I couldn't check the bill."

JiJi said for several years, the highest bill she will accept is a $20 bill just to be safe.

The resident who spoke to KOMU 8 News wants to warn people to check money if you are planning a garage sale.

"You're not going to know everyone that comes to the garage sale. You can know by watching and paying attention to your surroundings to get a feel about how people are acting and that might give you a heads up if something like this will happen," she said.

She said next time she will be more careful and look for the signs of a crook.

"Really it is just our loss, we should have been more proactive in trying to stop it," the resident said.

You can visit the Secret Service website to find out more ways to check for counterfeit money.