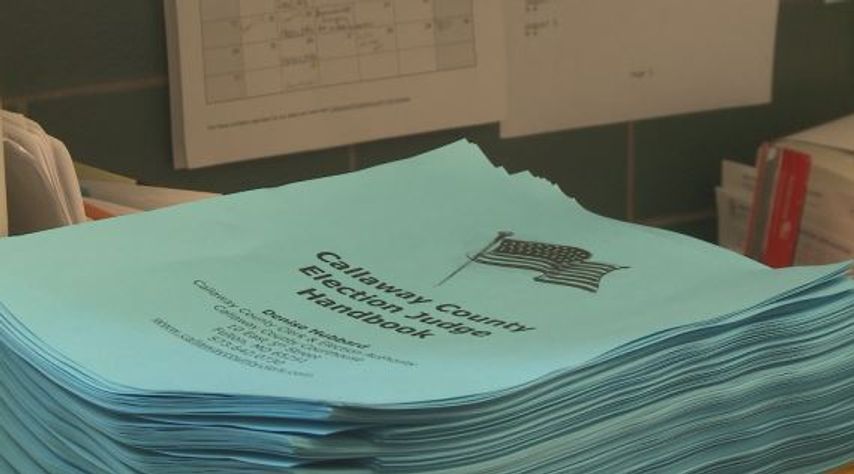 CALLAWAY COUNTY - With less than three weeks until the state primary, county clerk offices across mid-Missouri are preparing for election day.

"In addition, we are preparing the ballot machines, testing them, and getting them ready for the public test that we always have before the election," she said.

Hubbard said the hardest part about preparing for a primary election is making sure the office has the correct number of the right types of ballots.

"With the primary election, you have the party splits. We have Republican, Democrat, Libertarian, Constitutional and nonpartisan ballots. Because Missouri is an open primary, we don't know how many people are going to want which ballot, because they can choose that day,"  she said.

Ballots are first tested at the clerk's office three weeks ahead of the primary, followed by the public test the week before the election.

"By law we have to have the public test, and that's done by a bipartisan team of Republican and Democrat judges that are recommended by the central committees," Hubbard said.

The Callaway County Clerk's office will host training for poll workers next week.

"In training, we talk about what the state laws are, what the processes are in actually voting on election day, what the different judges' roles are, what's expected of them, what the voters can or can't do, and how to communicate with them," Hubbard said. "They are also trained to keep an eye on the machines, making sure the ballots are being read properly and everything goes smoothly."

On election day, voters must show a form of identification to the poll workers, who will then sign voters in and hand out and initial the ballot.

Cole County's clerk, Steve Korsmeyer, said election preparations are going well, and his office is focusing on setting up training classes for poll workers next week. Korsmeyer said the public test of the ballot machines in Cole County will take place next Tuesday.

He said the clerk's office has been busy with processing absentee ballots, which can be submitted before election day.