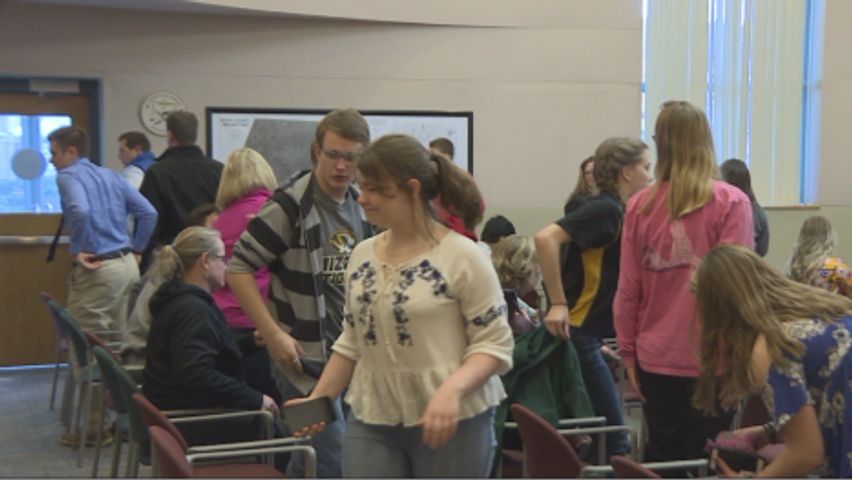 COLUMBIA - You will see new faces at polling places in this April’s election. Boone County's Youth Election Participants will bring local high school students to the elections this year and learn about the process of voting.

The program aims to help students aged 15 to 18 get involved in the voting process by participating in local elections. Principals of Boone County high schools nominated students who may assist on three election days: April 3, August 7 and November 6.

Youth election participants are required to stay at the polling place all day to assist in the administration of the polling place and in the counting of votes. They will be under the supervision of four election judges and poll place supervisors. They will also attend a paid, two-hour training session prior to Election Day. The program will pay those election participants $140 for the day.

“I thought that this would be a good way to kind of develop more and learn more about the process,” Southern Boone County High School junior Forrest Parker said.

There will be 41 polling locations with 164 judges and 41 student election participants in April and 60 to 80 locations in both the August and November elections. An estimated 115,000 active registered voters will join the election this year. Student participants have to help the election team with set-up and opening of the polling places at 5 a.m. and also takedown at 8 p.m.

Following the election, two students in the program will be chosen for internships. They will be from two different parties.

“From this program, we are going to choose two interns for a paid internship this summer as a part of the election office where those two interns will help us plan and be a part of organizing for the August and November elections,” Burks said.

The internships are up to 12 weeks, leading up to the August 2018 election. Interns are paid $10 per hour for 20 hours per week.