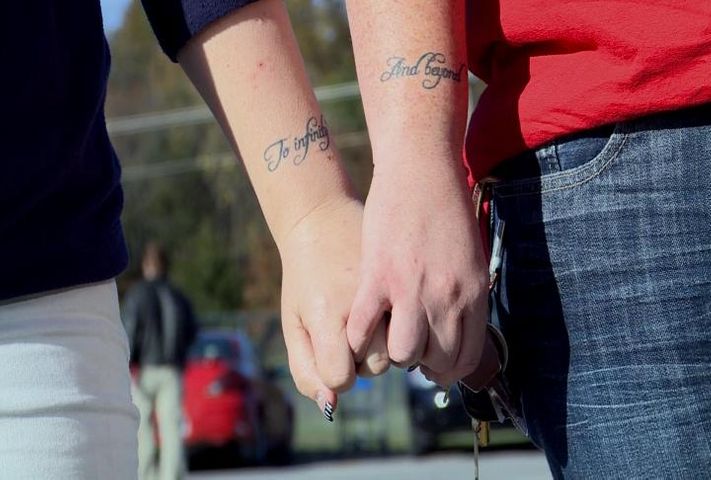 MEXICO - After two years of engagement, Sheena Hughes and Kari Wasson will officially tie the knot next week in St. Louis.

"If I love her, then I should be able to show that," Wasson said. "Whether it be a piece of paper or going to a roof top and screaming it at the top of my lungs."

Hughes said having documents won't make them feel differently but will make their relationship more official.

"It gives us the same right as everybody else," Hughes said.

Although the soon-to-be newlyweds expressed their excitement, they said this is just one step toward legalizing same-sex marriage.

Wasson and Hughes plan to wed in St. Louis next week, but many details are still in the works. They said they will have family stand in the ceremony with them.