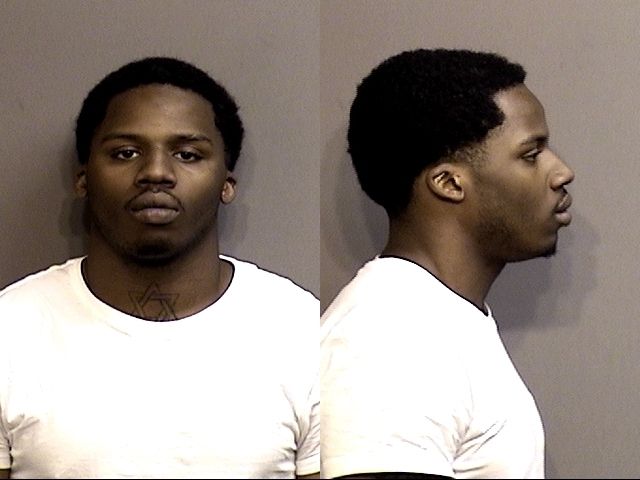 COLUMBIA - When prosecutors charged Laron Nesbitt on Friday with murder for the shooting of Deonte Gainwell, Nesbitt was already in jail for being a felon in possession of a gun. Court documents filed in that case tie Nesbitt to another deadly shooting, this one from January.

Early in the morning of January 26, police went to the scene of a crash near the Petro Mart on Rangeline Street. There, they found Dominick Roland with a gunshot wound; he later died at the hospital.

Officers arrested Nesbitt at that time for having a gun; Nesbitt has a prior felony conviction for drug possession, which by law bars him from having a gun.

According to the probable cause statement, Nesbitt was with four other men - including Roland - that night and early morning. They all reportedly went to a nightclub together, returning to one of the men's homes around 1:30 a.m.

At that point, the men apparently talked about someone following them around, and agreed to go looking for that person, with Nesbitt allegedly saying something about "doing a hit" on them. One of the men stayed behind.

A short time later, the group returned, and the man who stayed went outside and found Roland in the back seat of a car. The others said Roland had been shot. They moved Roland to another car and started to drive to the hospital, but crashed near the Petro Mart.

According to the statement, the shooting apparently happened in the area of Raleigh Drive, off of Brown School Road. There, police said they found several handguns in a truck, one of which had what looked like "fresh blood" on it.

Nesbitt was scheduled to be arraigned Monday afternoon. He's in jail for both the January arrest and the Gainwell shooting. His bond for the two cases is a combined $1,250,000.