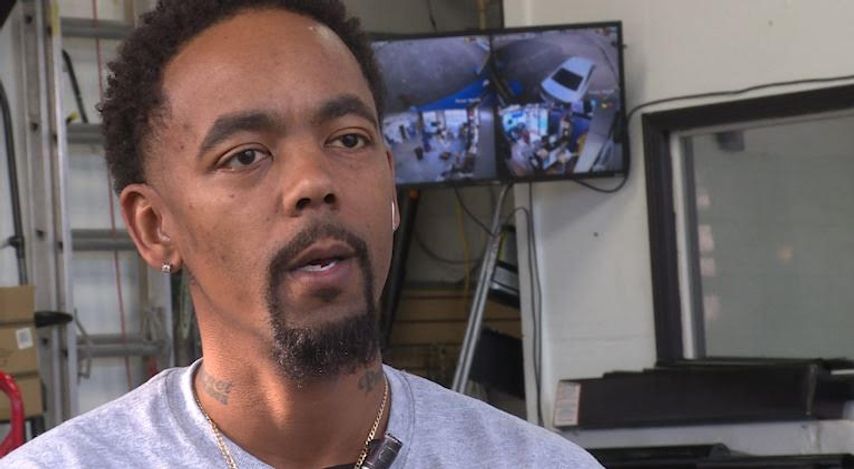 COLUMBIA-- Lawyers for a Columbia businessman, Dimetrius Woods, are employing last ditch efforts to keep him out of prison.

In 2007, a judge sentenced Woods to 25 years in prison for a non-violent drug offense. At the time, Missouri state law allowed for a 'no parole provision', which meant that repeat drug offenders could be sentenced without the possibility of parole.

In 2017, a repeal of that law went into effect. Although he had already served 10-years of his sentence, Woods saw it as an opportunity to change his situation.

"I spent my days [in prison] combing through books," Woods said. "I was on telephone calls day in and day out talking to lawyers  and making that my focus. I made that my new life-- to get my life."

He filed for an appeal, asking the courts to retroactively apply the repeal to him. Cole County Judge Daniel Green agreed with Woods' position. In March 2018, a parole board granted him release.

"The day that they told me I was going home, I didn't believe it until I was on the other side of the fence," Woods said. "And I still wouldn't turn around."

Woods said the moment he was released, he knew there was a possibility he would be sent back to prison.

The Department of Corrections appealed Judge Green's decision. The department argued the repeal should not apply to any cases that were decided before it went into effect.

When the appeal reached the Supreme Court, the court sided with the Department of Corrections. That means Woods could be sent back to prison to finish the remainder of his 25-year sentence.

The court's decision is not yet final. Woods' attorneys have until Wednesday to file a motion asking for the Supreme Court to issue a new decision.

"These things are very rarely granted," Rickard said. "So the chances of that happening is pretty small."

Woods and his legal team are considering several options to keep him out of prison.

As of Tuesday, Rickard said they have not received a response from the Attorney General.

Woods, however met with lawmakers at the state capitol Tuesday-- another effort to keep his freedom.

Woods opened Woods Auto Spa in Columbia in 2019. He said since his release from prison he has worked hard to obey the orders of his parole and be an upstanding citizen.

He often speaks at school and to youth groups in hopes of inspiring them to make better decisions.

Woods is the first and only person to have been released from prison due to the repeal of the 'no parole' provision.