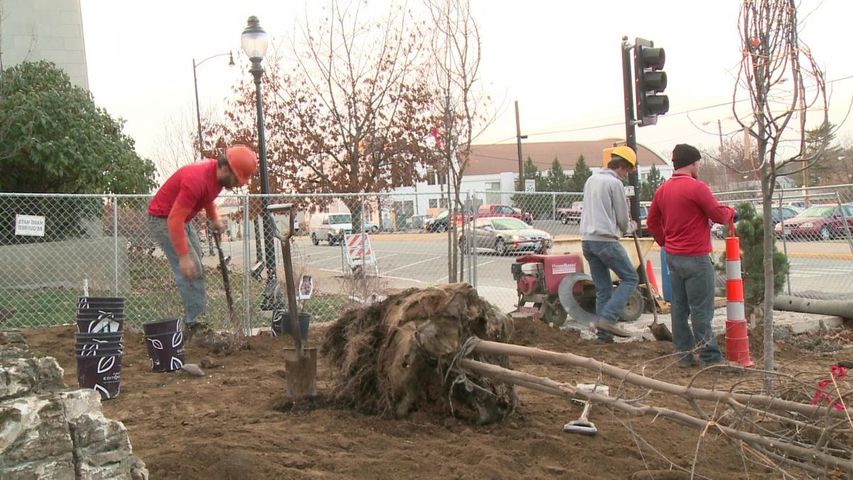 BOONE COUNTY - After months of constructionthe Boone County Courthouse Plaza is nearly ready for the public.

"Just a few months ago the plaza looked very empty" said Michele Hall, Boone County Commission Public Information Officer. "And now we can say that things are wrapping up and ready for the public."

The courtyard renovations started in August and were expected to be ready this month, but Hall said the landscaping company Rost INC. is actually ahead of schedule.  The unveiling should be next.

"In the next couple of days we are going to pour the last od the concrete along Ash street and the final landscaping will be installed by Friday. Monday we will be doing a little bit of sodding clean is there is still some sealing and some other miscellaneous items but by early next week we should have the entire plaza open back and all the routes open," said Tim Rost, vice president of Rost INC.

Hall said the renovations are supposed to benefit both visitors and citizens.

"There is going to be a garden, a stage, beautiful seating areas we want people to book this space for events and small concerts. This is for anyone to enjoy it," said Hall.

The Commissions Office is hoping to have a grand opening in Spring 2013 and they are looking for ideas. If you have any suggestions contact the Boone County Commissions office at 573-886-4305.