Covered sidewalk could be coming to Columbia Regional Airport 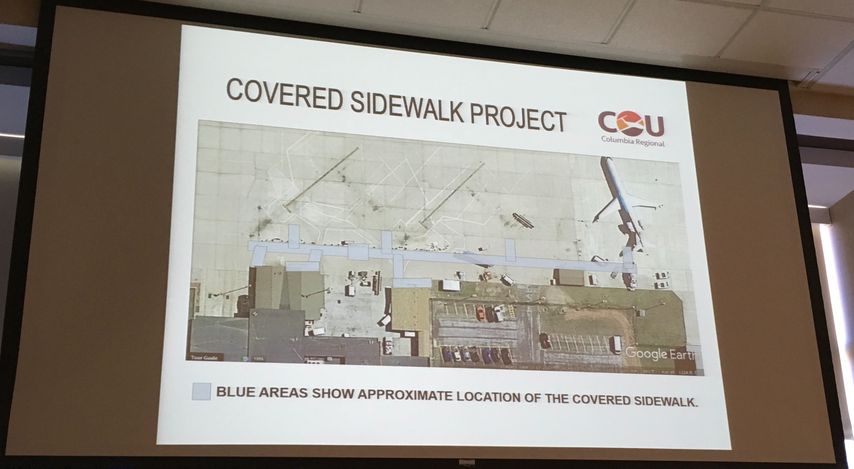 COLUMBIA - The Airport Advisory Board is looking at two options for adding a covered walkway to Columbia Regional Airport.

New chair BJ Hunter said he thinks it would help before a new terminal is constructed.

"I think the covered walkway is a great idea," Hunter said. "I'd love to have the new terminal tomorrow, that won't happen, so what can we do in the mean time to take care of our passengers."

Estimates for the covered walkway range from $200,000 to $300,000, but the walkway would only be used until the new terminal is constructed.

"This would essentially be a two-to-three year fix and there are many steps, when you're dealing with city government and the FAA together," Hunter said. "There are a lot of steps left to go and the new terminal could be years down the road."

Board members meeting Wednesday agreed passengers shouldn't have to worry about getting wet. But some were reluctant to approve funding for the proposed covered walkway before more cost-effective options are explored.

Board member Matt Jenne said he doesn't want to rush into anything.

"We can't throw good money after bad here," Jenne said. "I certainly want the customers that use the airport to have the best experience they possibly can, but we have to be mindful of the cost that would incur."

Board members will meet again Feb. 28, then send their recommendations for the covered walkway project to Columbia City Council.