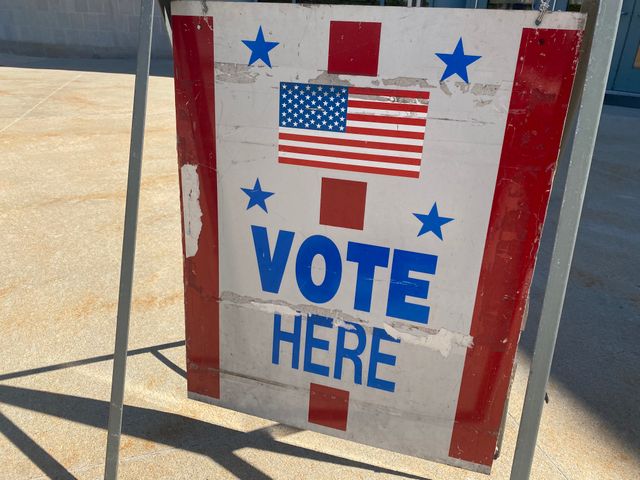 COLUMBIA – Boone County elections are being held today, and they look a little different than normal.

COVID-19 precautions, such as hand sanitizing stations, plexiglass barriers, and social distancing guidelines, were being taken to ensure the safety of voters.

Luke Kernell, one Boone County voter, encountered many of these safety measures when he voted.

“I walked in, I was asked to put hand sanitizer on," he said. "There was a blue taped line on the floor, and then I handed them my ID underneath the screen. They grabbed it with a pen to slide it under."

In addition to safety measures, some usual polling locations decided not to open this election due to either rescheduling conflicts or because of COVID-19 concerns. There are typically 45 polling locations, but today there were only 37.

Many people also submitted absentee ballots as a way to still vote but prevent the spread of COVID-19. Those ballots have already started to be counted and will continue to be counted until 7 p.m.

“I think we have a really engaged voting population in Boone County, so we’ve seen a higher number of absentee requests combined with the results that we’ve seen today with the turnout,” Brianna Lennon, Boone County Clerk, said.

Lennon also explained that the expected voter turnout today was estimated at about 10%. This is down from previous years and was also a result of COVID-19 concerns and the rescheduling of the election.

“There’s a combination of general concerns about COVID-19 and the fact that it’s just been a very unusual year,” Lennon said.

“Slow but steady” is how she described the amount of people who showed up to the polls today.