Male likeliness to get COVID-19 vaccine

Female likeliness to get COVID-19 vaccine 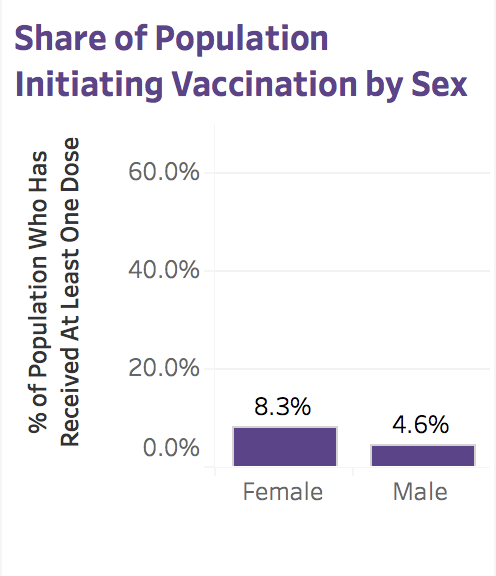 MID-MISSOURI - State vaccination numbers show females have received twice as many doses of the COVID-19 vaccine as have males.

Recent research from the National Association of Broadcasters (NAB) and the Donald W. Reynolds Journalism Institute (RJI) shows Missouri men are less likely than men across the U.S. to want the shot.

According to the study, in Missouri, 26% of men said they do not trust the approval process.

According to Dr. Arpit Aggarwal, an MU Health Care Psychiatrist, one of the main reasons patients don’t go to the doctor or receive vaccines is because of a lack of information. Whether it’s about how safe or effective it is, Dr. Aggarwal said misinformation about the vaccine has created fear.

As for what can be done about vaccine disparities, Dr. Aggarwal said giving out the correct information and making sure it gets to the right people is crucial.

“We want to provide accurate information and empower people to be able to make the choice to get vaccinated for themselves,” Ashton Day said.