Attorney General Eric Schmitt filed 47 lawsuits against Missouri school districts with mask mandates earlier this year, but has now dropped nearly all of those lawsuits.

COLUMBIA -- Attorney General Eric Schmitt filed 47 lawsuits against Missouri school districts with mask mandates earlier this year, but has now dropped nearly all of those lawsuits.

However, the case against Columbia Public Schools is one of the three that remains. 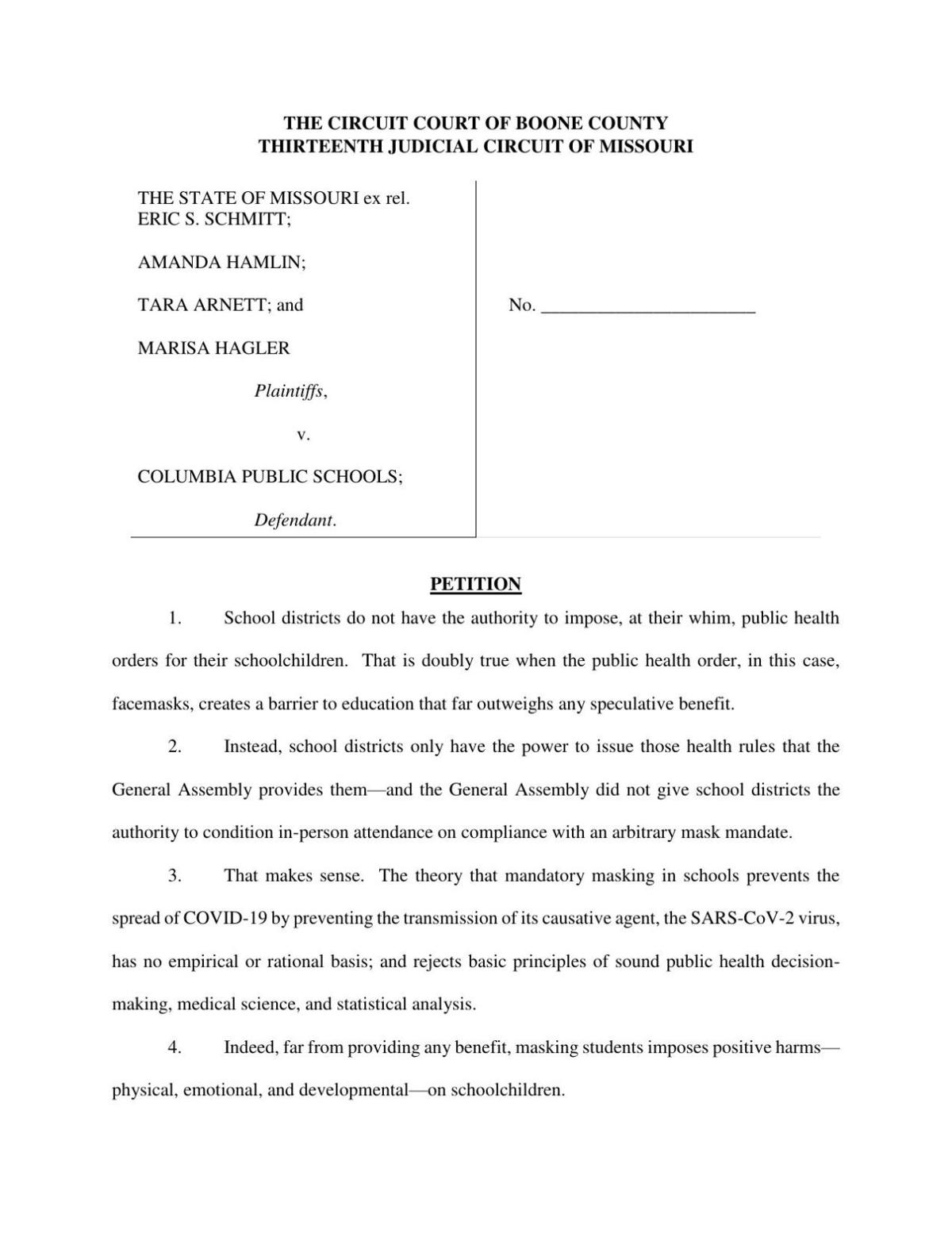 Target 8 put in a sunshine request for the financial documents from CPS to see how much the lawsuit is costing the district.

According to financial records, CPS has spent nearly $6,300 on the lawsuit, and the trial hasn’t even started yet. It is prepared to spend much more with a deductible set at $25,000 per claim and a maximum on each claim of $100,000.

It’s unclear where the final cost will end up as the matter is still ongoing.

“The receipts do not include the time, effort, and distraction caused by the actions of the Attorney General, as employees and administrators take time away from our schools and our students to assist in the District’s defense of this unnecessary litigation.”

Back in February, Schmitt told KOMU 8 his office will continue with the lawsuit and press forward with discovery.

“We want to know what they were basing this illegal decision on. We want to make sure this doesn't happen again,” Schmitt said in February.

He said the mask mandates are not based on science or data but rather on power and control. Schmitt has now dismissed 44 of the 47 lawsuits across the state.

“For school districts that are actually dropping the mandate entirely and properly, there won't really be a need for further legal action this time,” Schmitt said in February. “We want the school districts to understand this isn't a continual process where they're able to force masking and then drop it and then force it again.”

A spokesperson for the attorney general told the Associated Press the lawsuits were dismissed because of “successful litigation” and because many school districts dropped their mask mandates.

CPS dropped its mask mandate in February, however, the lawsuit is ongoing.

Chris Nuelle, a spokesperson for the attorney general's office, sent a statement explaining why Schmitt's office has not dropped the lawsuit against CPS.

“Our lawsuit against Columbia Public Schools will continue, and that case is scheduled for trial later this year. CPS has repeatedly played games with imposing and rescinding mask mandates, and we’re going to put an end to those games once and for all,” Nuelle said in an emailed statement.

Rock Bridge High School junior Katherine Cox Littrell, along with other students, sends emails to Schmitt and other politicians about the mask lawsuit.

“It makes me really upset that I see our government wasting time and money on suing school districts,” Cox-Littrell said.

She said it is frustrating seeing her school district having to spend money to fight lawsuits when it could be going to better help students.

“When I'm seeing money that I'm sure has been previously set aside for other things going towards that, it's really disappointing,” she said.

The district continues to call the lawsuit a waste of time, energy and public dollars. Baumstark said Tuesday the district plans to ask the court to dismiss the suit at a hearing on May 16.

Otherwise, the three-day bench trial for CPS is set to start on Oct. 18. There is a pre-trial conference scheduled for Sept. 9. Three CPS parents are plaintiffs in the suit.

CPS said it will "aggressively defend its decision to do everything possible to keep its scholars and staff safe and its schools open."