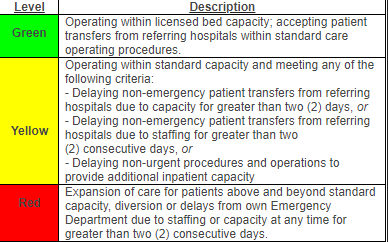 Each hospital in Boone County will provide a daily report of either green status, yellow status or red status. 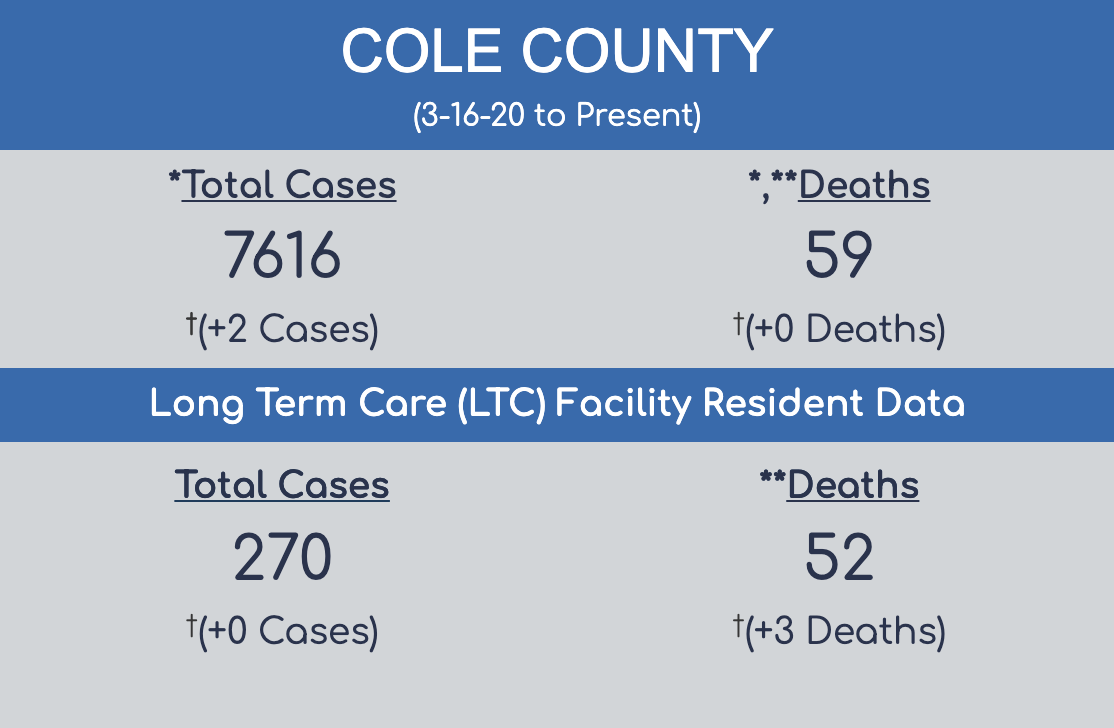 As COVID-19 continues to spread, KOMU 8 will continue to update you about impacts in the community.

Layered bar/line charts with the daily change in newly confirmed cases of COVID-19 reported in each county and a 14-day rolling average of the changes in new cases are available here.

Updates for Tuesday, Feb. 23 will be available below:

To break the student cases down:

There have been a total of 40 deaths in the county since the start of the pandemic.

According to the Missouri vaccine dashboard, an estimated 11.9% of Callaway County's 44,743 residents have received at least one vaccine dose.

According to New York Times data, which is on a two-day delay, the 14-day rolling case average in the county is 10.00.

This change will cause a delay in the daily totals being reported for the current day. The county is also no longer reporting active or isolated cases.

Seven new positive cases were reported Wednesday. In the updated graph below, you can see the number of cases added by specimen collection date for the month of February thus far.

According to the Missouri vaccine dashboard, an estimated 14.4% of Cole County's 76,745 residents have received at least one vaccine dose.

According to New York Times data, which is on a two-day delay, the 14-day rolling case average in the county is 11.50.

The Columbia/Boone County Department of Public Health & Human Services reported 28 new COVID-19 cases in the past 24 hours, bringing the total number of active cases to 151.

According to the Missouri vaccine dashboard, an estimated 13.7% of Boone County's 180,463 residents have received at least one vaccine dose.

The county also reported 34 hospitalizations, 8 of which are Boone County residents. There are currently 12 COVID-19 patients in the ICU and 6 on a ventilator.

The hospital status is currently at green.

According to New York Times data, which is on a two-day delay, the 14-day rolling case average in the county is 24.36.

MU Health Care says it is closing its drive-thru testing center on Saturdays. It says it comes with declining volume at the testing center.

The drive thru testing center is still open 8 a.m. to 5 p.m. Monday through Friday.

In a news release, SSM says it comes with "sustained lower volumes and reduced community transmission of COVID-19."

SSM says anyone who feels sick or has COVID-19 symptoms should contact their primary care doctor or go to the SSM Health walk in clinic at 3626 S. Clark Street in Mexico.

8:00 a.m.: 5.5% of the Missouri population has received both vaccine doses

The Missouri Department of Health and Senior Services added 353 new COVID-19 cases in the last 24 hours. The total number of cases in Missouri now stands at 475,791.

DHSS reported 170 new deaths in the last 24 hours. This brings the total number of COVID-19 related deaths to 7,885 since the pandemic began.

The state does a weekly linkage between deaths to the state and death certificates. On Feb. 22, DHSS analyzed and linked 175 COVID-19 deaths. The deaths happened in the following months:

DHSS started reporting vaccination data on Jan. 27. Numbers will update as providers report data to the state. According to the dashboard, differences between the state’s data and the CDC data is due to timing.

In the last seven days, there have been 2,883 positive cases of the virus. The single-day case average now stands at 412.

Missouri currently has a 6.4% 7-day positivity rate with the CDC method.

The World Health Organization (WHO) recommends positivity rates in testing should remain at 5% or lower for at least 14 days.