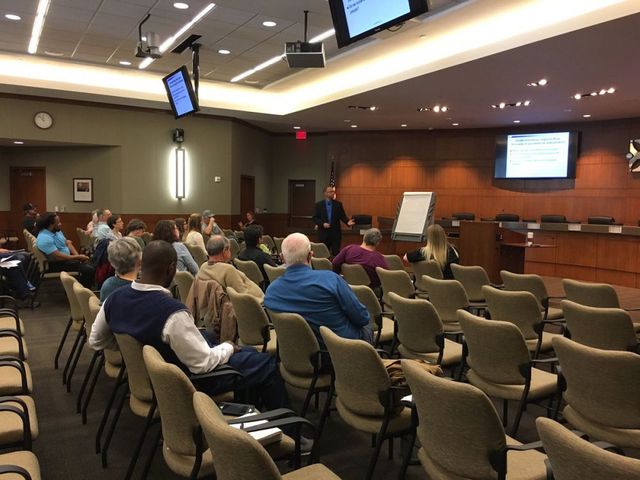 COLUMBIA — The Columbia Police Department hosted the Fair and Impartial Policing Training Saturday to all Columbia police officers and the community.

The training showed the Columbia Police Department's efforts to recognize and eradicate bias in their officers' decisions.

According to a city news release, the course is based on scientific studies of human bias teaches ways to avoid their influence on decisions.

The Police Department Sergeant Michael Hestir said this was the exact training that was provided to their officers this year and will continue to be a part of their officers' yearly training curriculum.

Hestir said a fair and impartial manner is safe for the officer and it's more effective of solving crimes with justice.

"We all want the police to show up and judge on the fact of the circumstance within the law and not on the bias perception or even implicit bias, which would be a conscious bias," Hestir said.

Hestir said since 1999, Columbia Police Department has had diversity training. For last couple of years, the CPD has been focusing on fair and impartial policing based on the study of human bias and trying to address these things to provide a safe service and justice to the community.

"They can actually see that we're taking steps to address implicit bias in our officers and they will trust more than that we have recognized," Hestir said. "And we're trying to make our officers more professional, more fair and that our officers can conduct themselves in an impartial manner."