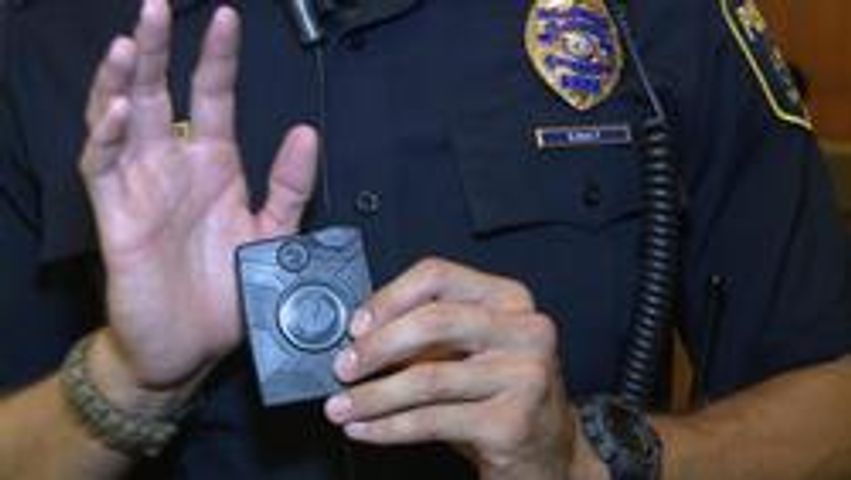 COLUMBIA - Body cameras police officers in Columbia are wearing bring new meaning to the phrase "big brother is watching." The cameras raise the question about whether they are violating people's right to privacy when they are in private areas.

Missouri law, however, favors the practice, since it is a one-party consent state, meaning it is legal to record people, as long as one party is aware that a recording is taking place. One Party Consent Law.PDF

"The cameras themselves have an audio beep to them that people can hear, and if they ask, they'll be told they're being recorded," said John Gordon, assistant chief of police. "Our policy is, which is available to the public, our policy says that when an officer is interacting with the public during the course of their official duties, they should have the camera turned on." Columbia Police Department Body Camera Policy.pdf

Gordon said the cameras will benefit everyone, since it will keep a record of what happened, avoiding conflicting reports when police complaints arise. He said officers are already used to being recorded, since people have been shooting video on their phones.

"The only thing this does is allow us to record a complete incident from start to finish, instead of that 10-second high reel that people put out there that only shows the application of force during a resistance," Gordon said. "This will allow us to show the whole story, so the officers were used to it."

Dan Viets, President of the Missouri Civil Liberties Association agrees with Gordon in that the cameras will benefit citizens.

"That brings a higher degree of truth and accuracy regarding what actually happened and it benefits everyone involved," Viets said. "It benefits the police officer who might be falsely accused of acting improperly and it certainly benefits the citizen."

One factor Gordon said will vary is how much of the recordings will be public information.

"It all comes down to what the ... law allows us to release," he said. "Every case will be reviewed if a request is made."

However, he said, people will be allowed to view the video if they are recorded and request to see it.

One thing Gordon would not do is say whether this technology could have prevented the Ferguson incident.

"I'm not going to Monday (morning) quarterback Ferguson, what occurred there. We also have to remember that body cameras is truly just one piece of a much bigger picture," Gordon said. "When you start talking about the application of force (when a) person is resisting or non-compliant, there's a lot of factors and one factor a camera can never show is that human element."