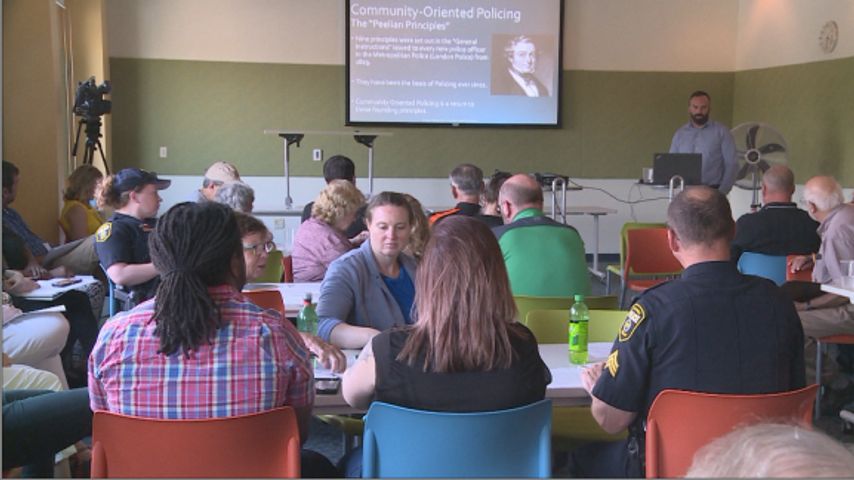 COLUMBIA - The Columbia Police Department wants feedback from residents on its community policing initiative. A meeting Wednesday gave people an opportunity to talk to police about the program, and community issues in Columbia.

The meeting took place at the Columbia Public Library.

The meeting is the first of seven where Columbia residents can voice their opinions and concerns with the community policing program.

Columbia Neighborhood Watch president Irwin Schneider said, "The biggest thing we're trying to do is get people involved and to be proactive and that's why we feel working with the police goes hand-in-hand and especially on this program."

Community members also said they want police to focus on helping minority families, including those in high-crime communities.

Columbia Police Sgt. Robert Fox is in charge of developing a plan for community policing.

He said developing relationships will benefit police because it will keep them out of high trauma situations.

"To get involved with people in the community and in the neighborhood that you're working with and solve problems in that neighborhood and even make friends with people; that's a far more positive experience for a police officer," Sgt. Fox said.

The next community meeting is Thursday, May 24.