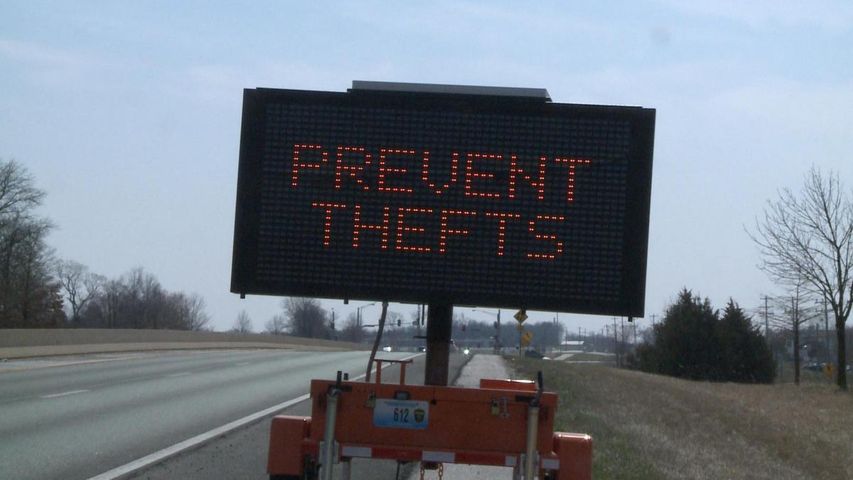 After a rise in burglaries and thefts, the department is trying to urge people to lock their cars and garages when leaving their homes.

CPD said it purchased the sign last year, but the department moved it due to the rise of criminal hot spots and need to raise awareness.

One student thought the sign would not be as effective since students already left for Spring Break.

"I do not think that it is going to be very effective because people can't lock their doors if they've already left for break," Kayleigh McCarty said.

CPD's public information officer told KOMU 8 News she does not know when the sign was moved.