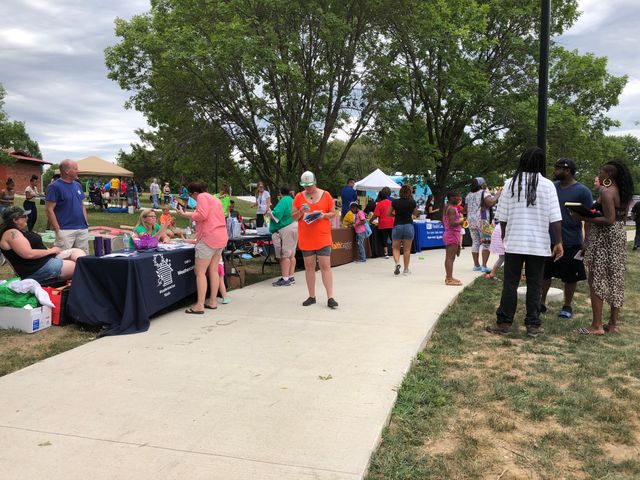 COLUMBIA – Two city departments joined efforts to offer people in the East Neighborhood a chance to enjoy free food and for children to take part in water games.

Columbia resident Rebecca Wright said it is important for children to interact with police officers even when bad things are not happening.

"It's really good to have them around the kids in the community, so the kids know more about what they are for, and what they do, and to show that they're there for you if you need their help," she said.

Heese said, in its strategic plan the City of Columbia designated the East Neighborhood and three other areas in Columbia as needing more service in education, and experiencing poverty and high crime rates.

Also, she said when police officers receive a 9-1-1 call CPD works "beyond the initial call."

"We are not just responding and seeing is there a crime here," Heese said. "We're also responding and seeing what ways can we make this problem better, how can we solve it, whether that's through other resources, like counseling or jobs, and just providing just an all-round picture of support."

Heese said the work of police officers has been fruitful.

"Crimes always fluctuate, just giving the trends of whatever is going on in the city," she said. "But we have seen a lot more positive benefits and people being willing to talk to us, and violent crimes going down in neighborhoods like this neighborhood."

Heese said the support of community leaders as liaisons is important for the work CPD does in under-served areas.

She said without the work of those leaders the collaboration between the community and police officers would not be successful.