CPD warns of guns stolen from cars; local gun shop shows how to secure them 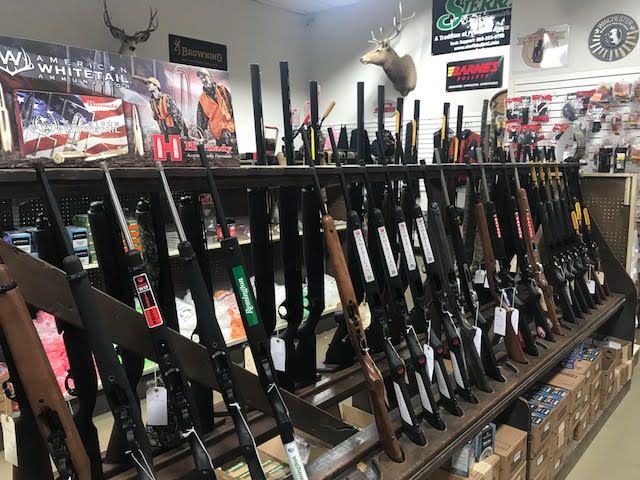 COLUMBIA - The Columbia Police Department took to social media recently to warn gun owners to secure their guns amid recent cases of firearms stolen from cars.

Kelsey Brandkamp works at Powder Horns Guns & Archery in Columbia, and she said she's noticed a spike in stolen guns.

"We actually have received several phone calls in the past week of people saying, 'Hey this gun was stolen keep an eye out for it,' because we buy used guns every once in a while," Brandkamp said.

CPD said in a Facebook post on Nov. 29, "Please, if you must leave your gun in your vehicle, be responsible. Secure firearms in a lockbox attached to the interior of the vehicle and out of sight. Always remember to LOCK your door."

CPD tweeted that the week of Nov. 13, "There were SEVEN more guns reported stolen from vehicles in #CoMo. This brings the total this year to 121 guns stolen from vehicles. Please secure firearms in a lock box, out of sigh & LOCK your doors. #LockItorLoseit #ResponsibleGunOwners."

Brandkamp said when someone's gun is stolen, they need the serial number and sometimes the date they purchased to file a police report.

"A lot of people don't think to write that down in a separate piece of paper, which you always should to have that on file," Brandkamp said.

Brandkamp recommended hiding your gun out-of-sight if you are leaving it in your vehicle over night.

"If you're leaving the firearm in the vehicle overnight or for an extended period of time, without regularly checking on the vehicle, you should have it out of sight." Brandkamp said. "If it's a long-term storage, like parking at the airport, in some sort of lock box that's cabled to the vehicle would be a good idea, or just don't leave it in there at all."

She also said there is usually a spike of stolen guns during hunting season, but said this year is more than usual.

"From a legal standpoint there really are not very many restrictions on how you can have a gun in your vehicle. Obviously if you own the firearm legally, are of the proper age, you can just have it loaded for defense, by your side in between the seats or in the door."

CPD also tweeted on Nov 29, "Three more reports taken between 11/22 and 11/26. Please secure firearms in a lock box, out of sight & LOCK your doors. #LockItOrLoseIt #ResponsibleGunOwners."

Brandkamp said thieves notice if there are hunting associated stickers on vehicles, they also know it's hunting season and think there might be a gun in your vehicle.

"As of last month (October), between firearms and firearm accessories that had been stolen, it equates to nearly $106,000 in value," Bryana Larimer, Columbia Police Department public information officer said in an email to KOMU 8 News.