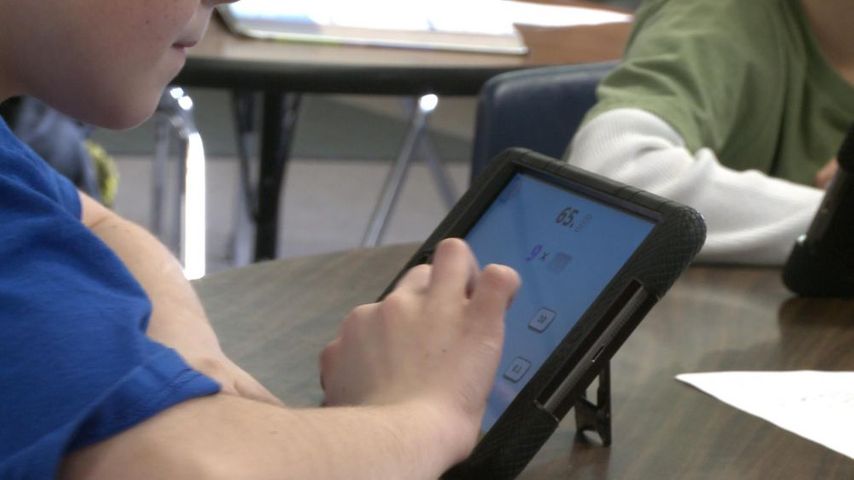 COLUMBIA – Columbia Public Schools said Friday about 30 of the 12,000 iPads it issues to administration, faculty and students are in the hands of law enforcement.

CPS addressed the issue Friday and talked about what the district does to make sure students are using technology wisely.

“It is unrealistic to expect that these young individuals are always going to make good choices,” CPS Community Relations Director Michelle Baumstark said. “There will always be at least one in the group that potentially makes a bad choice.”

Boone County Sheriff’s Department Detective Tracy Perkins said the department has up to 10 iPads from the district. She said most of the investigations involve students, and one involves a school district employee.

“Each case is different, but for the majority it was sexual exploitation of a child in some form or fashion,” Perkins said.

The Columbia Police Department said it has about 20 iPads, and not all of them are being held as evidence because of sexual exploitation.

“Some cases may not involve the child at all, other than they were able to catch video evidence of an adult on adult crime on their school-issued device,” CPD said.

Baumstark said the district hands iPads over to law enforcement when there’s inappropriate content that has been accessed or found on the device.

She said the district works to make sure students know how to use technology appropriately.

“What we are focused on as a district is educating our students on how to be good digital citizens,” she said. “That is a long-term skill that they are going to be expected to have.”

Baumstark said the district is able to monitor and filter what students access on the iPads.

She said the district can turn certain capabilities on and off, like the camera and app store, and can keep track of who accesses what websites and when.

“The point of this is for it to be a partnership between not only the school district but also the families because students can take these home,” she said. “Parents need to feel empowered to be able to add their own restrictions onto what students can access.”

Baumstark said not all of the iPads given to authorities have happened this school year.

Perkins said sometimes it takes a long time to be able to give the iPads back to the school district.

“Sometimes it just gets overshadowed, and there’s no real reason why we’re holding on to them other than it’s just back logged,” she said.

Baumstark said the district gives iPads to all classroom teachers, every fifth and sixth grade student, all students at Battle High School and students in Advanced Placement classes at Rock Bridge and Hickman high schools.