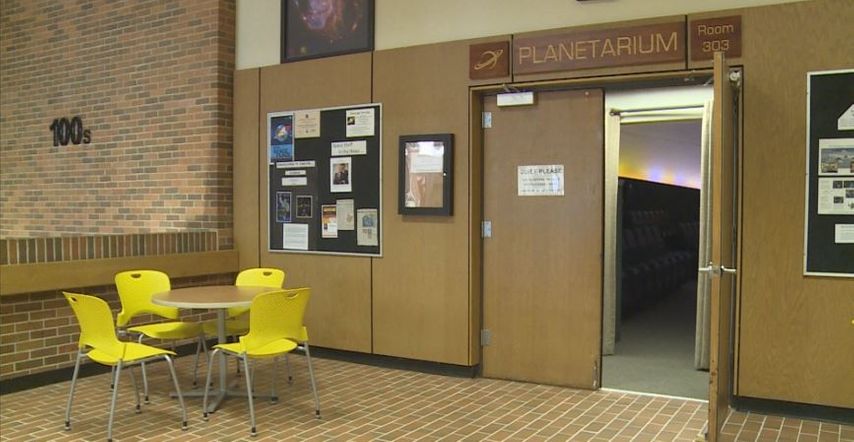 COLUMBIA – The Columbia Public Schools' Planetarium kicked off the new year with the first public shows of 2017 on Saturday.

The two shows were free to the public and tailored to different age groups.

The Magic Tree House Space Mission was the first show at 2 p.m.

9-year-old Tristian Zeiger said he was looking forward to the show.

It catered toward younger audiences, ages 7 and older, who watched the characters use a tree house to learn about outer space.

The second show, Hubble Vision offered at 3:15 p.m., was for older audiences ages 10 and older.

This show was about to the Hubble Space Telescope and several of its discoveries.

A viewer at the show, 8-year-old Gloria Lynch, said going to the planetarium is her favorite.

"I like doing it because it teaches me things, but it's also interesting," Lynch said.

The director of the Columbia Public Schools' Planetarium, Melanie Knocke, was expecting a full house for the first show.

She said the planetarium benefits the community.

"It's a place where kids can get excited about astronomy, about science," Knocke said. "And in today's world it's important we have a place like that to encourage the study of science."

The CPS Planetarium, located inside Rock Bridge High School, operates as a nonprofit part of the public schools.

It has a full-dome projection system to display the stars, as well as a library of educational shows.

Elementary through junior high school kids from Columbia Public Schools visit the planetarium, which opened in 1974.

It has also hosted field trip visits for kids across mid-Missouri from places like Warrensburg, Moberly and Lake of the Ozarks.