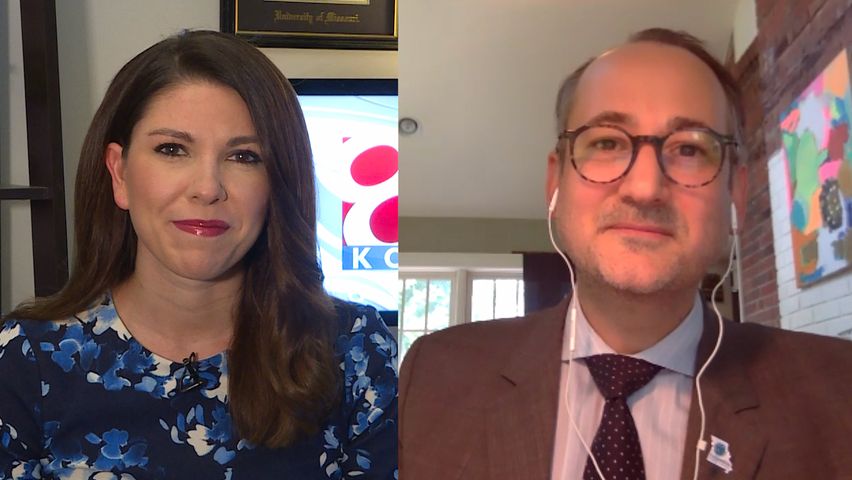 Stiepleman talked about how the district plans to spend the money from updates at Jefferson Middle School to safety and security enhancements at older buildings.

He also explained why this bond measure will not increase voters' taxes.

Check out his answers below.

Q: What should Columbia voters know about the bond issue they will see on the ballot Tuesday?

"The Board of Education has authorized an election for a $20 million, no tax increase bond. It's part of our 10 year model, our 10 year plan when it comes to long range facility planning. And so, it will allow us to continue on with what we promised the community we would do, and we intend to keep that promise."

Q: What are some highlights of what this bond will fund?

"It's for building. So, it's important the community also remembers that there's a difference between a bond and a levy. This is not about increasing anyone's taxes and can't be used for salaries or anything like that. This is distinctly for building. And so, what this $20 million, no tax increase bond would do, is to allow us to build on to an existing elementary school. It would allow us to take care of the interior including ADA meaning accessibility interests that we have at Jefferson Middle School. It would allow us to turf the practice fields with all of our comprehensive high schools. And then, it'll allow us to take care of safety and security. And then, other ADA projects that we just couldn't do with our existing budget."

Q: Why are these projects important to the district?

"We made a promise 10 years ago that we would eliminate trailers in the school district. We had 167 trailers. We were number one in the state of Missouri. We want to be number one in something, it is not trailers. And so, when the new middle school opens, we'll be down to under 20. What we're trying to do is make sure that we think about this next generation as well."

Q: What does increasing safety measures at schools through this bond mean?

"When I first became superintendent, you could just walk into any building...And so, what we've began doing when we build new buildings is we've created those secure vestibules. So, you get buzzed in. And then, you have to be physically seen, and then you're buzzed in again. We're adding those to existing buildings as well, because...we know our families have said that it was the number four, most important thing for when it came to our community survey. When I first started as superintendent it was number 14. So, we know that school safety is ever present on people's minds. This allows us to move forward with those secure vestibules and bullet resistant glass when it comes to the buildings."

For more information about the bond issue, changes to attendance areas and future plans for the district's growth, click here.