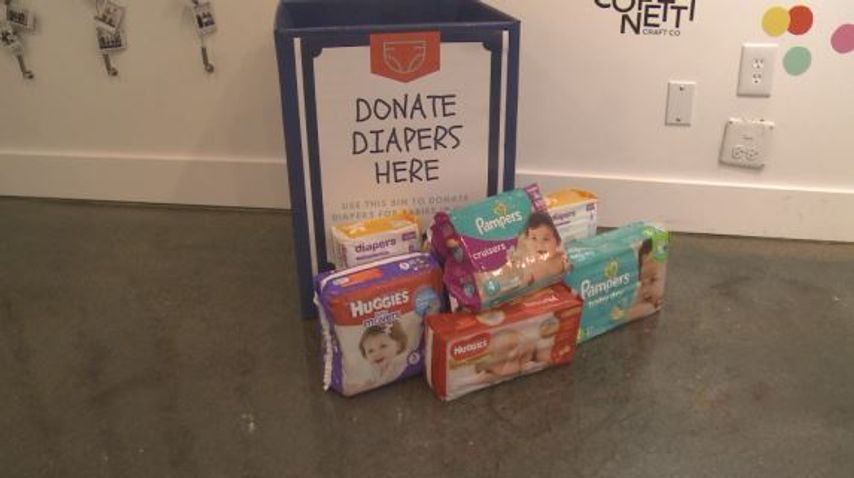 COLUMBIA - According to the National Diaper Bank Network, one in three families in the United States has a significantly hard time affording diapers for their babies and in Columbia, a lot of families deal with the same kind of struggle.

To combat that need, the Healthy Bottoms Diaper Bank is making sure Columbia residents have the chance to participate in National Diaper Need Awareness Week.

"We know that the need in Columbia reflects the national need in a big way," Melissa Miller, director of Healthy Bottoms Diaper Bank, said. "Families don't always have what they need to make ends meet, so sometimes the need for diapers get cut."

The organization set up a diaper drop-off at Confetti Craft Co. in downtown Columbia. Supporters can also stay and create jewelry, paintings and other types of craft projects, and the business will donate 25 percent of proceeds to the organization.

Michelle Nickerson is the owner of Confetti Craft Co. She said the call to help families in need affects her in a personal kind of way.

"Part of my back story is I grew up very poor. I can remember doing without so I get it," Nickerson said.

Confetti Craft Co. has served as a drop-off location for the diaper bank for a month now and plans to continue until the end of the month.

"Our responsibility as business owners is to be a part of the community," Nickerson said. "And that's what we're doing."