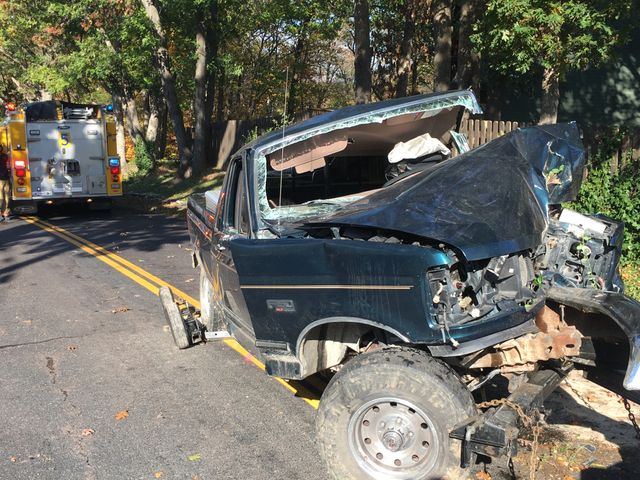 COLUMBIA- Boone County firefighters rescued a woman trapped in her truck after crashing head-on into a tree Tuesday.

The crash happened around 9:00 A.M. on North Creasy Springs Road, where the women's truck had crunched up enough to trap the woman inside.

Assistant Chief of Boone County Fire District Gale Blomenkamp said the women was conscious during her rescue, and was able to tell them exactly where her injuries were while the firefighters tried to get her out.

"The patient was alert and conscious during the entire time of the extrication, she was able to talk to us and let us know what was bothering her and where she was injured," Blomenkamp said.

The firefighters were able to get her out of the truck after some difficulties.

The women was taken to University Hospital for treatment.

Blomenkamp says the cause of the incident is unknown, but Boone County Sheriff's Department is investigating the crash.