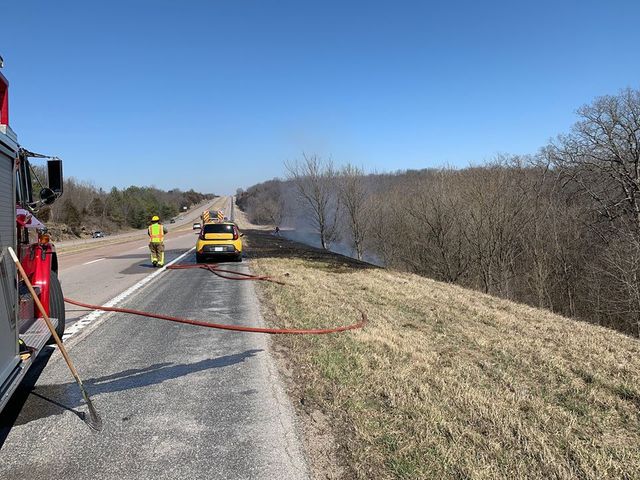 COLUMBIA - Firefighters responded to over a dozen grass and brush fires throughout mid-Missouri Sunday.

As of 9 p.m., Columbia firefighters had extinguished 13 grass fires throughout the city.

Batallion Chief Eric Caszatt said a fire in the 1300 block of Stonehaven Drive likely started after an ember from a chimney landed on dry grass.

"We certainly encourage people to not burn anything, really anything, outdoors on a day when there's a red flag warning," Caszatt said.

The National Weather Service (NWS) issued a red flag warning for Sunday with unusually dry conditions and high winds making it easy for flames to spread.

Southern Boone County Fire Protection District also shared pictures of a car fire that spread to nearby grass on Westbrook Drive in Hartsburg. 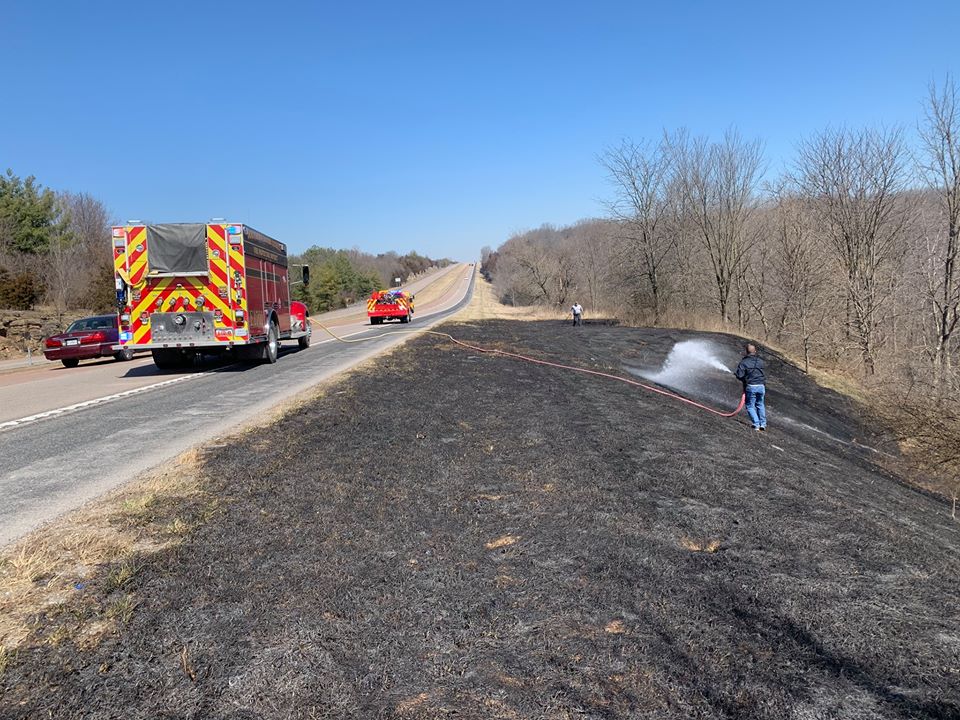 The fires also closed roads in the area. A northbound lane of U.S. 63, north of I-70, was closed just after 5 p.m. as CFD used foam trucks to put out flames in a wooded area.

A northbound lane on U.S. 63 South near E. Forsee Road in Ashland was also shut down for a half-hour around 7:30 p.m. due to a grass fire.