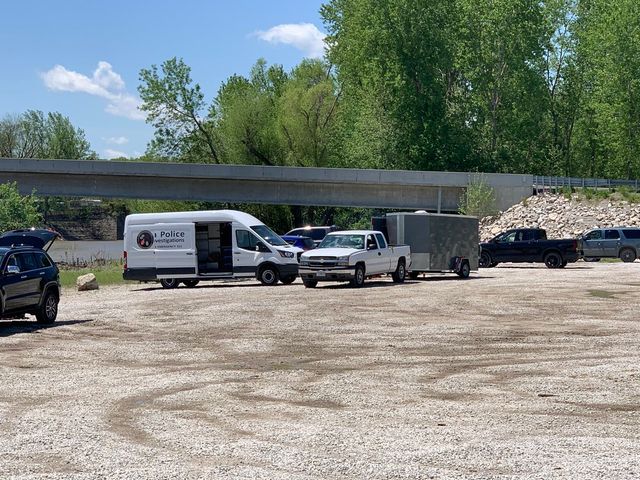 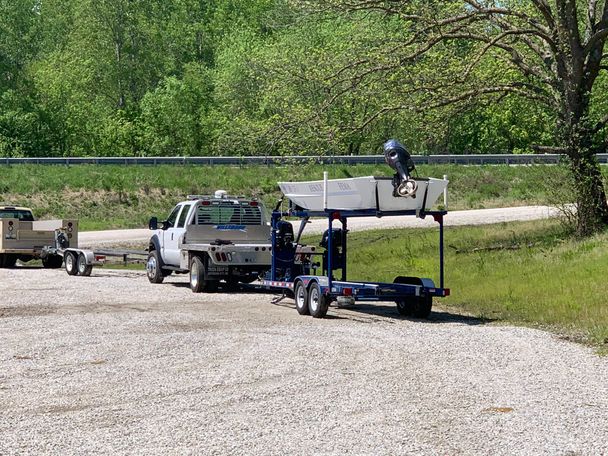 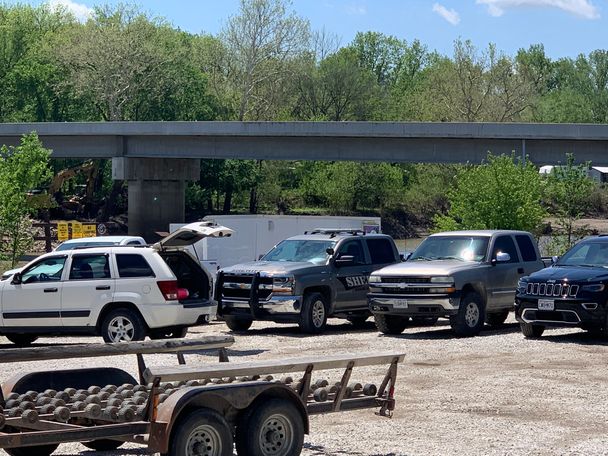 COOPER COUNTY - Crews began building a levee on the Lamine River on Tuesday to help the Columbia Police Department in their search for missing woman Mengqi Ji.

According to documents obtained by KOMU 8 News, the Department believes Mengqi Ji is entangled in a log jam between the southern road bridge pier and the south bank of the Lamine River near the State Route 41 road bridge.

On Tuesday, dump trucks began bringing large rocks to create the levee, which will allow search crews to get equipment farther into the water.

The levee will have a net downstream to collect any potential evidence. CPD said divers will check the net daily.

Mengqi Ji has been missing since Oct. 10, and Boone County prosecutors have charged her husband, Joseph Elledge, with her murder.

Previously, police used a crane on top of the State Route 41 bridge to remove debris from the water.

"We are here for safety purposes as well as facilitating the search," CPD Public Information Officer Brittany Hilderbrand said. "Getting all of our resources in order so that we can place the mark out where we believe she is and be able to continue to identify the area."

During the search, the De Bourgmont Access on the Lamine River in Cooper County will be closed.

In a news release on Tuesday morning, the Missouri Department of Conservation said they expect the access to be closed for five to 10 days. Hilderbrand said CPD is prepared to continue the search for as long as it is needed.