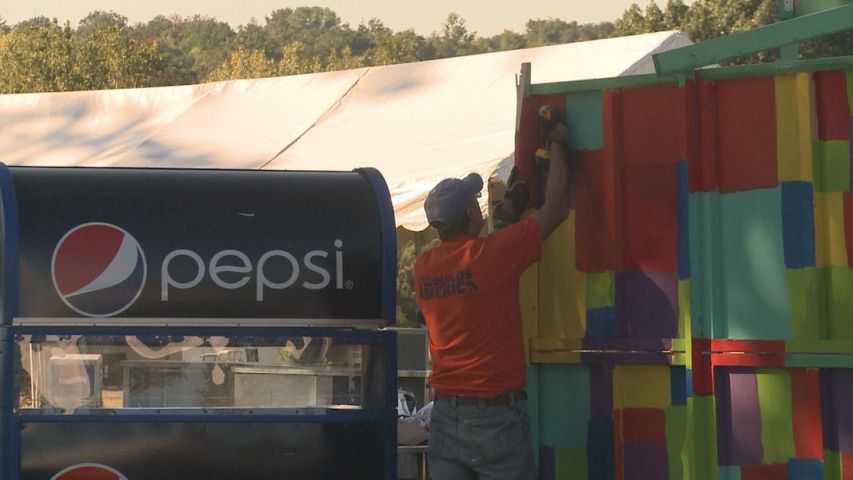 Crews have been working non-stop since the festival started in order to keep the park clean.

This is the first year the festival moved into Stephens Lake Park from Downtown. David Ackerman said he got to the park at nine Monday to help take down the ferris wheel.
Ackerman said getting to the event and parking was a little more difficult, but the change of venue made set up and take down much easier than last year.

"With having the event here you can take a little bit more time setting up," Ackerman said. "They were able to set up the stages for the show several days in advance. If we have the event downtown you have to set it up that morning, because you can't have the streets closed for that long."

The Columbia Police Department said they made 45 arrests over the course of the weekend, which is not significantly more than they would make on a non-festival weekend.