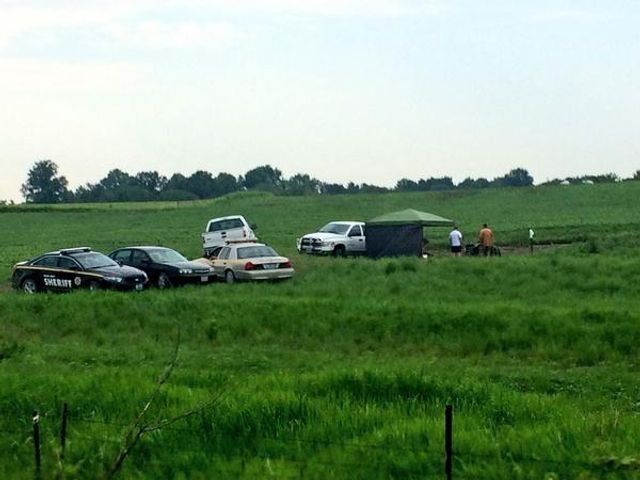 Officials wore waders and carried flag markers as they searched the pond. Sheriff's deputies placed flags throughout the pond during the search. One official carried an unidentified object covered in mud out of the pond, laid it in the grass and continued searching.

The pond is located by Route J and Route EE between Harrisburg and Columbia. That is where the Boone County Sheriff's Department investigated the disappearance of 34-year-old Charles Bell in 2011.

The department still has not confirmed whether its decision to drain the pond has anything to do with the Bell investigation. Family members of Bell were at the pond Friday, watching crews work.

The case resurfaced late Wednesday night when Jennifer Freeman and Patrick Curl were arrested on charges of hindering prosecution and tampering with physical evidence.

Freeman admitted she helped clean up the crime scene and dispose of Bell's body.