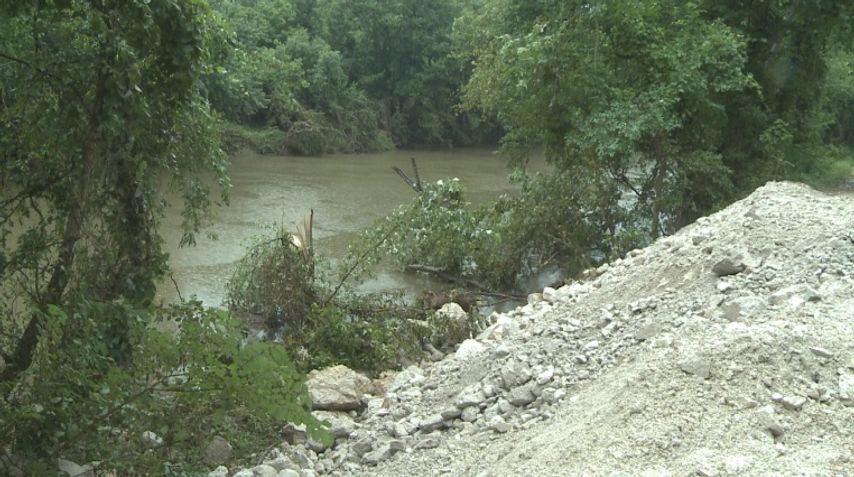 OSAGE COUNTY - Road maintenance continues after the flooding in Osage County the week of August 5.

Though most roads are now open after flooding, many still remain flooded and damaged. Crews from the Osage County Road and Bridge Department are making repairs.

Part of County Road 610 collapsed during the flood. Workers had to transport rocks from a nearby quarry and dump them into the river to fix the roadside.

"We've probably held in 20 loads of rocks so far, and it probably going to take anther five or ten, just to keep it to where it needs to be so the road doesn't cave in anymore," worker David Otto said.

Rocky Pointer, director of the Road and Bridge Department, said crews would also work on the intersection of County Road 521 and County Road 522.

Osage County Commissioner Larry Kliethermes said the county had started assessing the damage caused by the flood and the cost of damage would become available soon.