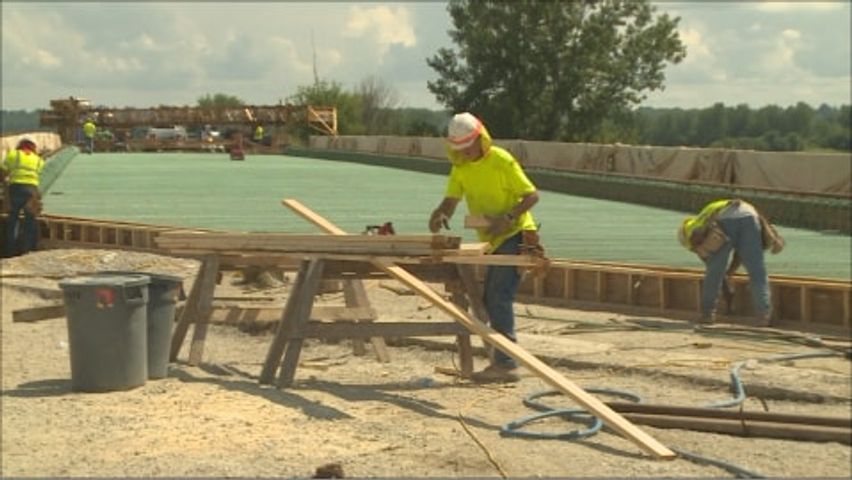 CALLAWAY COUNTY - With the eclipse getting closer and closer, construction crews are entering the next phase of renovations on the Katy Trail Bridge at Route 63.

Crews poured concrete on Friday as it races the clock before August 21.

The Missouri Department of Transportation Central District’s Resident Engineer Aaron Peck said, “that’s still the goal that we’re shooting for is to get everything opened in time for the eclipse.”

The Missouri State Highway Patrol estimates around one million people will travel to the state for the eclipse on August 21, so an increase in traffic is not only possible, but expected.

Peck said the pouring will occur at night so workers don’t do as much intense manual labor in the heat and so the water in the concrete doesn’t evaporate as fast.

"Sometimes just for the comfort of workers, they do try and place some things when it's not so hot outside," Peck said.

The Katy Trail Bridge on Route 63 is 60 years old. According to MoDOT, after repairs, it will last for another 20 to 30 years.

Peck said crews still need to add guardrails, barrier curbs and connect the newly renovated bridge to the highway. Completion of all work is scheduled to be done by September 2017. The total cost is $1.1 million.