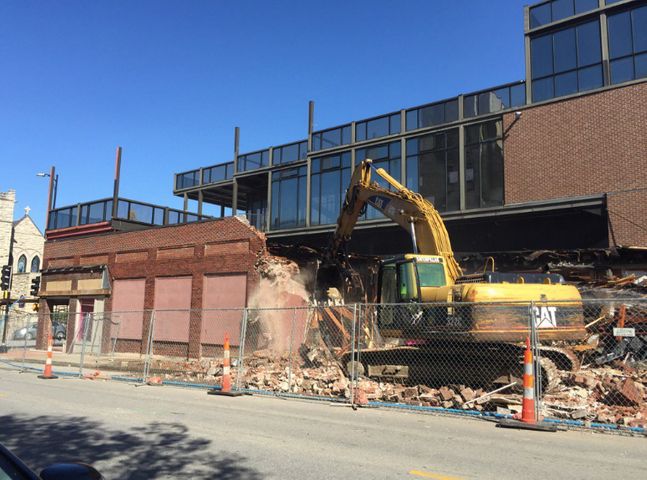 COLUMBIA - Crews started knocking down brick walls on the property off of 9th Street that used to be Britches Clothing Tuesday morning.

This comes a week after the demolition of the building was postponed because workers were still clearing equipment out of the businesses.

Some Columbia residents, like John Pipes, stopped to watch the beginning phases of the demolition.

"It's going a lot faster than I thought," Pipes said. "I was born and raised here and I remember when this particular building they're demolishing now was a restaurant."

Pipes said he used to go to the restaurant when he was younger.

"I spent some time in there, in the bar mostly," Pipes said. "Those are the particular memories that I have of this location because it has changed names so many times."

Pipes said he has seen many downtown stores and restaurants change and develop over the years.

"It's changed considerably since my childhood days," Pipes said. "I've seen a lot of change in the downtown area. I was fortunate to be employed on Broadway many, many years ago working at a clothing store. The building is still physically there but as always the name has changed."

Pipes said he thinks all of the downtown changes downtown are progress for the city.

"I don't particularly like all the student housing going in the downtown area but it's not my property either," Pipes said.

The city said parts of the surrounding sidewalks and streets will be closed around the construction site, once the demolition begins.

KOMU 8 has followed this story since the student housing proposal was approved earlier this year.