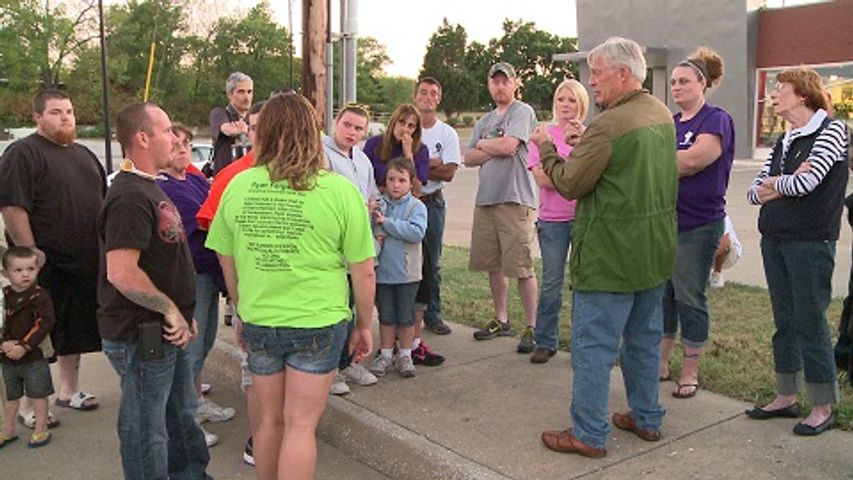 This building was previously known as By George nightclub where Ryan Ferguson and his friend Chuck Erickson began their night back in 2001.

The tour has been in the works for a month. Ryan Ferguson's dad Bill Ferguson said he's done at least 75 to 100 tours since the trial. He has been contacted by many individuals via phone calls and social networks to plan these events.

Bill said the only way for people to understand the aspects of the trial is to walk through the crime scene, specifically at night.

"It's just too convoluted to have worked out the way the testimony comes out so when you go and you actually see it physically and you walk it, smell it, taste it, and look at it. You can say, ' wait a second, this doesn't make any sense, this is more like a dream testimony,' well guess what? It was a dream testimony, and when you walk the crime scene it becomes very evident," Ferguson said.

Members of a Facebook group called "The Freedom Fighters" also joined the tour. That group, along with Ferguson's family and others have been fighting to appeal Ferguson's conviction.

Ferguson's dad said the judge should release a decision regarding the habeus hearing as soon as Monday.