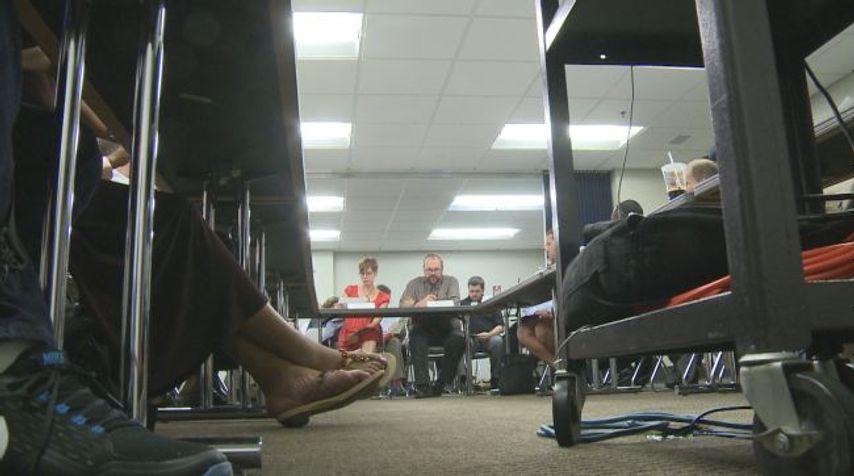 COLUMBIA - A co-chair of the Mayor's new crime task force says it may be a few months before the group where it wants to be.

With the second meeting tonight, Councilwoman Laura Nauser said members are still in the organizing phase.

"Basically, our long term goal is to look at youth, crime and violence in our community and see if we can come up with a strategy of how we can address is better," Nauser said.

"There are many good programs and solutions that are being worked on across the country," she said, "and I think its important that we look at some of the solutions other communities have come up with and then adapt those to our community."

The Mayor's Task Force on Community Violence was adopted on August 5, 2013, after Columbia has had a drastic increase in reported crimes, including teenagers shooting teenagers.

Mayor Bob McDavid said, "I feel one problem is our police department. They are understaffed by at least 30 percent."

"Crime is a very multifaceted issue and there are so many factors that contribute to crime like income, poverty, education, occupation, job opportunity and peer groups," she said.

McDavid said, "Crime has and always will be a problem."

He said he hopes the task force influences young people to adopt an attitude that "values education, that values the law, that values discipline and that values American values."

McDavid said he believes prevention is more effective than treatment. "Once your in a gang, sixteen years old and a shots fired incident, you have a criminal record forever. So this task force is about bringing the community together, to look at what we can do starting at birth.

Nauser said, over the next 12-to-15 months, the Task Force will meet twice a month on Wednesdays.

This week's meeting will focus on developing a consensus on issues, research topics and methods in which to organize.

The meetings will be open to the public and people will be able to ask questions during the last portion of the meetings.