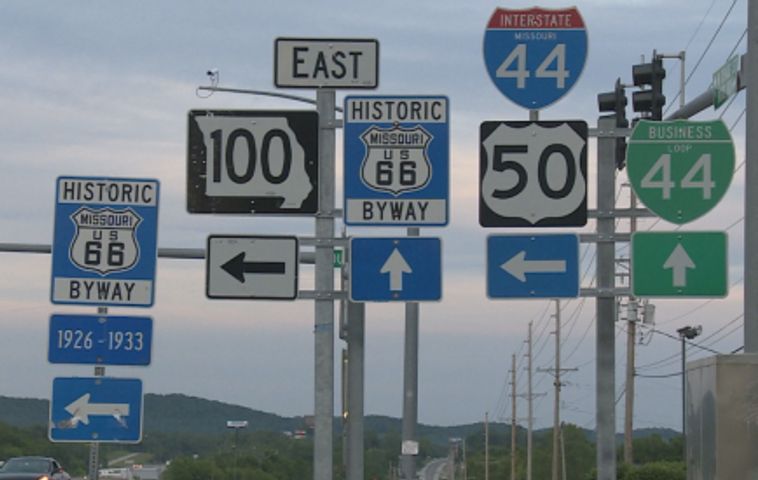 PACIFIC — Two college-aged men are riding practically across the country in an effort to find themselves, but also to raise money for charity.

Tim-Buck-to LA is what Tim Brankin and Jack Buczkowski dubbed their fundraising effort, a trip that will last between 28 and 32 days and cover 2,139 miles.

The two will bike from just outside of Chicago to Los Angeles along iconic Route 66.

The charity they’re raising money for is the World Bicycle Relief, an organization that provides access to education and other things to needy people in Africa. The pair said people in America take the ability to travel to and from places easily for granted.

“For $147, they can give bikes to kids in Africa, which helps promote education,” Brankin said. “Kids that are normally walking one and a half, two miles back and forth everyday to get to school are able to get to school a lot faster now.”

Buczkowski said the idea came from a family friend, and after reading more into the cause, he felt it was a good way to give back while he takes time for himself.

“I felt really lost in terms of what I was doing and where I was headed, so I knew I wanted something like this to clear my head,” Buczkowsi said. “We started thinking about what we could do to help other people. We liked the bicycle aspect of the charity, so that’s when we took on the charitable part of our trip.”

There have been over 20 donators so far including family friends and people they have met along the way.

“We’ve met a lot of interesting people,” Brankin said. “Sometimes people see all of our equipment, ask what we’re doing, then are shocked to hear how far we’re riding.”

“We were planning on camping out most nights, but so far, we’ve been fortunate enough to have people offer their homes for us to stay the night,” Buczkowski said.

While the night aspect of the trip has been easier than planned, Buczkowski said the riding has been anything but easy.

“Once you’re riding in heat for so long, you start to seriously question things in your life and you get real deep in thought, and it kind of drives you insane,” he said. “Those insane moments at like 2 p.m. when the sun’s the hottest, and you’ve been riding for fifty miles and we would take a break, that’s the hardest. It’s just like wallowing in the heat and pressure and the humidity and everything, but I think it’s all a part of the process. I like the challenge.”

Brankin said at some points, the challenge gets to be really difficult. Buczkowski said sometimes he thinks about quitting.

“Everyday. Probably like a few times a day. But once you’re in it, you’re in it, and if you have the right mentality, it doesn’t affect you. But definitely in those crazy hot moments, I’ll ask Tim what’re we doing out here, but it’s in a good way. Because then we just keep riding and it goes away, and you know why you’re out here,” he said.

The pair have sunk $1,800 each into this trip, but said it’s worth it in the long run. They won’t be traveling back to Chicago. Instead they’ll bike up to Santa Monica. Brankin will be attending college there, while Buczkowski will be working and learning to support himself.

This isn’t the first trip like this for the duo. Last year, they biked from Seattle to Portland, a trip that was about 440 miles long.

Both Brankin and Buczkowski said it won’t be their last long distance bike trip.