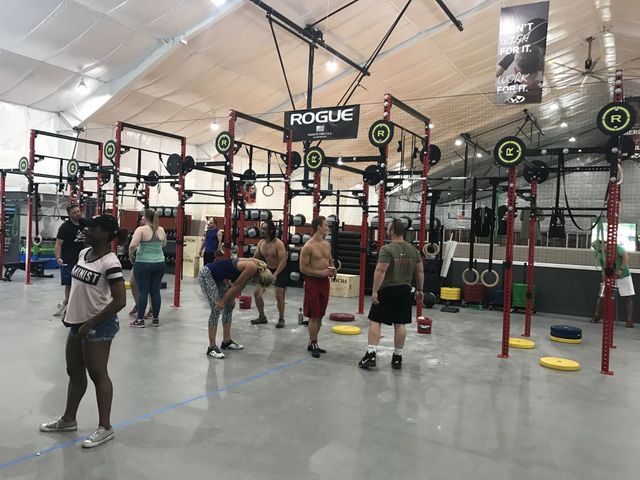 COLUMBIA - Many Americans spend Memorial Day taking time to honor those who have served and fallen for this country.

And for years, many fitness fanatics have been honoring one soldier in particular by doing what he loved: Crossfit.

"The Murph Challenge" is an annual crossfit event that takes place at gyms across the country. Proceeds from the challenge go directly to the LT Michael P. Murphy Memorial Scholarship Foundation.

Michael P. Murphy was a Navy Seal who risked his own life and died during a mission in Afghanistan. His immediate family began the organization shortly after his death. "The Murph Challenge" was created later on as a way to raise money for the organization by doing an activity Murphy participated in his whole life.

Crossfit gyms in both Mexico and Columbia hosted "The Murph Challenge" for residents this Memorial Day. It was the first time MKT CrossFit in Columbia ever held the event.

Mike Halliburton participated as a way to do what he loves while still supporting our soldiers.

"Being part of the cross fit community, this is a huge event that we do every single year," Halliburton said. "This is actually my first year participating, and it’s a challenging event and for me it was a test to see if I could do it or not."

"They run a mile and then they do 100 pull ups, 200 push ups, 300 squats and then they finish with another mile run," Stull said. "And so it’s a workout that just honors the hardwork of our soldiers."

According to "The Murph Challenge" website, the event has raised almost $800,000 for the foundation in the last three years.

Jamie Thomas-Clark said participating in the event not only helps fallen soldiers, but also helped her find support in her community.

"The people that are around you really push you and it’s kind of like a community," Thomas-Clark said. "And it really supports you and makes you want to do more and push yourself and challenge yourself."