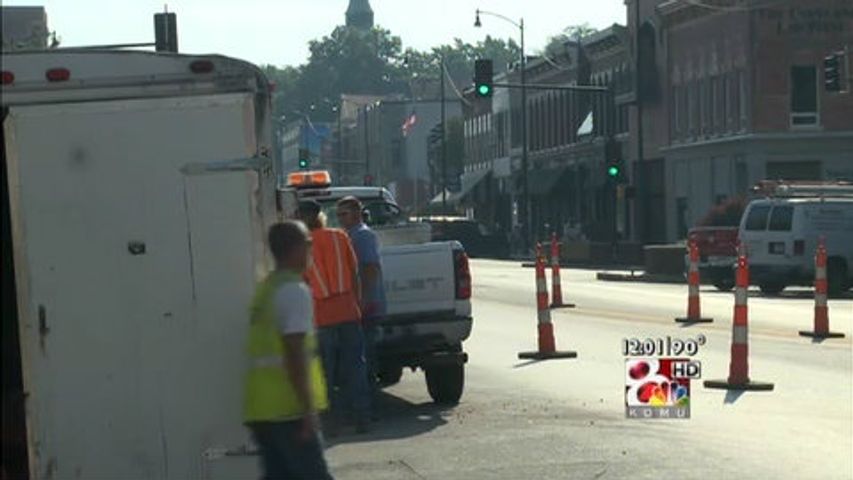 Repairs have begun because the crosswalks have deteriorated since they were initially put in, in spring 2013. The repairs will mostly consist of removing crosswalk bricks, replacing them, grinding the concrete base, and installing a layer of asphalt.

The city is urging motorists and pedestrians to use caution in the areas surrounding the construction.

Columbian Trevor Karasek lives on the corner of 8th and Broadway above Sycamore Restaurant, and he said the construction might not be worth the inconvenience.

The work is planned to be completed within the next four to five weeks, but no later than October 14.