Crowds feel the heat at the Salute to America festival 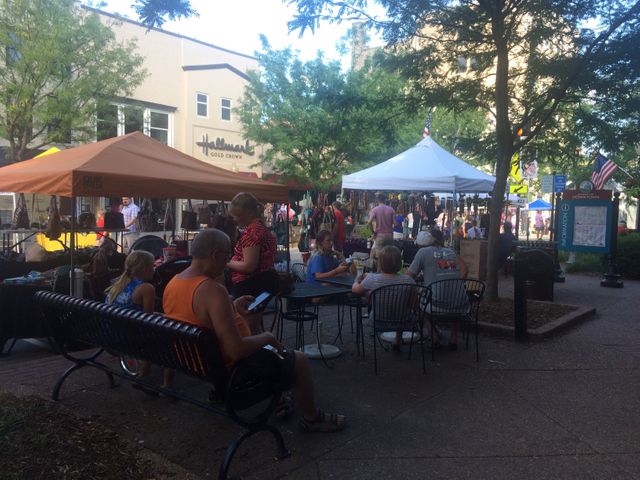 JEFFERSON CITY - Dozens of people sported their red, white and blue Wednesday at the Salute to America Festival in Jefferson City.

There were plenty of things for the whole family to do along with multiple food vendors and live music. But there was one thing everyone was talking about - the heat.

“It’s good for the soul to sweat a little bit,” William Schatte said.

Schatte and his family moved to Jefferson City from Austin, Texas.

“Both places will make you melt in the summer time, but at least at night here it gets cool,” he said.

Trenton Culbert said, “I’m from Batton Rouge and the humidity down there is extremely hot. I mean it ranges from about 90 to a 100 percent of humidity, so out here it’s hot, but I don’t think the humidity is as bad as Batton Rouge. There’s a little wind in the atmosphere so it feels nice.”

People had drinks in one hand and fans in the other as they took their strolls down E. High Street.

“Well we’re a fan of Capital City Productions, so they gave us a fan to be a fan and, you know, it’s not that bad once you stay out in it for a while,” Schatte said.

Tari Wilson said, “Well luckily I’m not wearing any makeup, otherwise it would have sweated off by now, but it’s better than twenty below weather."

Wilson said she’s “drinking Sprite and staying out of the heat” as much as she can.

Alana Roark said the heat was making her question going to the festival.

“I kind of regret coming here now,” she said.

Despite the hot temperatures, most people said were really excited to see the fireworks light up the sky Wednesday night. The Red, White and Boom Sky Concert was scheduled to start at dusk.