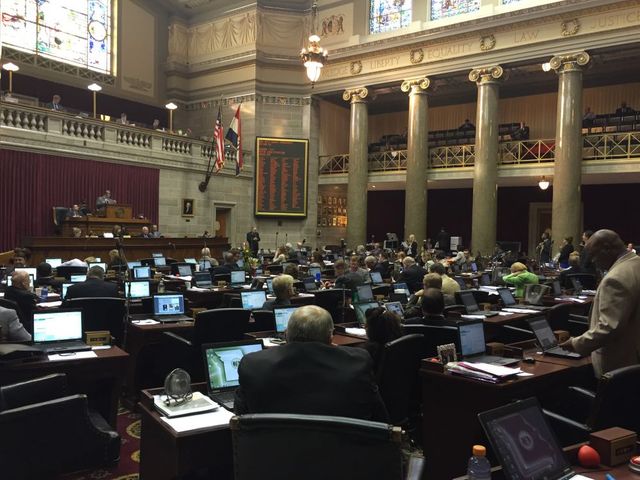 JEFFERSON CITY — Missouri legislators debated late Thursday night to make sure their bills passed before the end of the legislative session, set for 6 p.m. Friday.

One of the big topics of conversation was HJR 53, which the House passed Thursday night.

HJR 53 would amend the constitution and require photo identification in order to vote in Missouri.

“I think there are a large majority of people across the state who are in favor of this issue, mostly because everybody has one and they are required to use them in everything they do,” Dugger said.

Dugger added that it is not his intent to keep someone from voting.

However, Rep. Stacey Newman (D-St. Louis) said this law would affect those who don’t have photo identification, such as the elderly, disabled, out-of-state college students, low income residents and people who do not use a car.

“This is to prevent certain people from voting, people who tend to vote democrat. It’s voter suppression. Our own Supreme Court said this in 2006,” Newman said.

The Missouri Supreme Court ruled photo identification for voters unconstitutional in 2006. The bill still needs to be passed by voters in the Fall in order to become law.

The House is also expected to vote on other hot button issues, such as an increase in the fuel tax and gun legislation on college campuses.

The Missouri Senate is expected to take up HB 2166, which would change the laws regarding lobbyist expenditures. Specifically the bill would limit donations from lobbyists to lawmakers to $50.

KOMU 8 will update this story with the latest information as we receive it.