Cub Scouts put their Pinewood Derby cars to the test 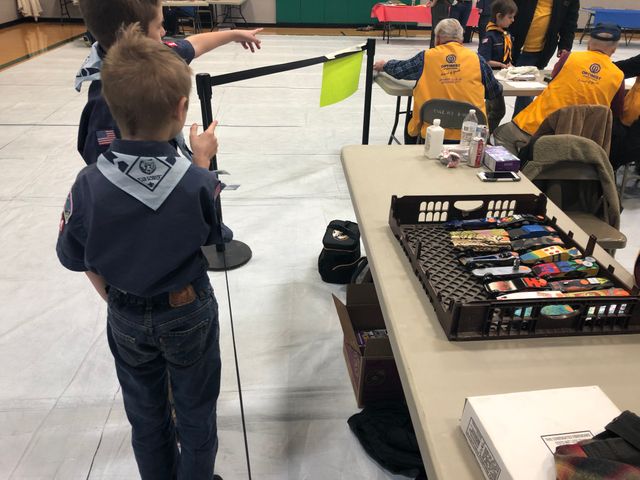 Each rank within the Cub Scouts builds a car from a block of wood with four nails and four tires.

Galsberger said that the Pinewood Derby has been a long standing tradition within the Cub Scouts.

"Pinewood Derby started in 1953 in Manhattan, California, and ever since then, the Cub Scouts have taken it and it's been a part of the program," she said.

The car races down the track four different times and each time it goes down, the computer on site takes down the average speed.

Tom Mengwasser, the cub master of Pack 332, said the purpose of the event is for the participants to have a sense of accomplishment from building their own car.

"It not only it develops skills of building and craftiness, but it builds up independence and it helps build them up socially," Mengwasser said.

Mengwasser said the best part about the tradition of the Pinewood Derby is being able to help both of his sons with craft their pinewood cars.

His youngest son, Ben, is a participant in the race.

"I get to build my own car that I get to ride down a huge hill," Ben Mengwasser said.