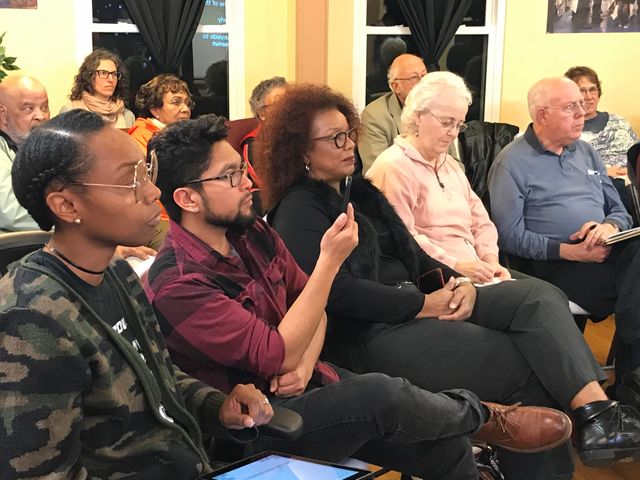 COLUMBIA - Black History Month has come to a close and some people want to continue the teaching of black culture.

At the Youth Empowerment Zone, three people discussed the importance of having black businesses in Columbia and how to make the businesses last.

Speakers talked about the history of black culture in Columbia, the education system, and owning businesses.

Local historian Bill Thompson said the conversation should be had across all cultures throughout the year.

“Once we learn to learn the history of all of our culture, then we’re basically able to move on as individuals,” he said.

Thompson said it is time for people to know the history behind the black economy and how it operated.

“Black people couldn’t own businesses without having a white sponsor,” he said.

He said he has hope the black economy will revive.

“By possibly reaching out and working real hard it can also be reestablished in this day and time,” Thompson said.

Marquise White, the owner of the clothing store, The Greens, decided to create his own company in downtown Columbia.

“Words can’t begin to explain how proud we are, not only to be black owned and millennial owned, and to know we have support just keeps us going,” White said.

Thompson said it’s important to know the history behind what we see.

“The history talks about what was and how it was and hopefully we can recreate some of those ideas. But make it something unique that will include the whole community,” he said.

White said inclusiveness is one of his missions.

“We want our space to be something for everyone,” he said

“I think it’s a blessing to be a black-owned business just because it's another level of culture and conversation that needs to be had for people to understand what we do here and why do it,” he said.

Thompson said, in order to move forward, people have to learn how to accept different groups of people.

“Key word is inclusion. Once all of the history is included, we won’t be as separate as often,” he said.