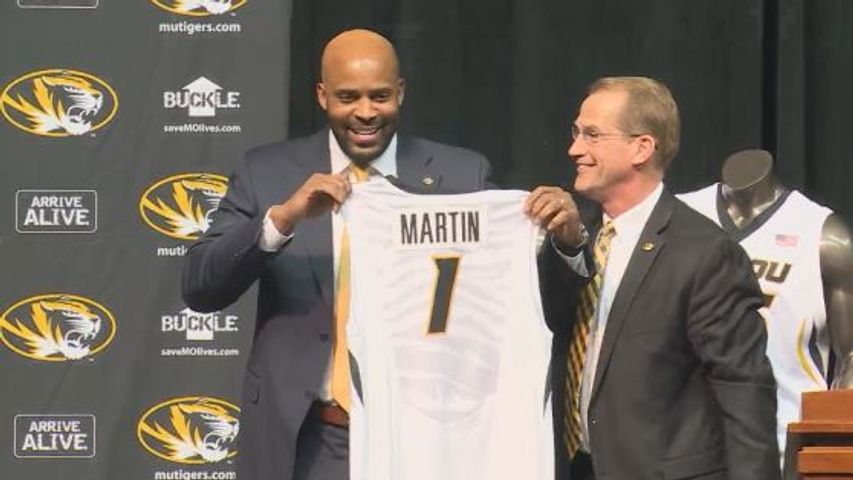 Martin comes to Columbia after head coaching jobs at Missouri State, Tennessee and California, where he compiled an overall record of 186-121. He will take over as the head coach after Kim Anderson was fired by first-year athletic director Jim Sterk.

Before introducing Martin, Sterk spoke confidently that Martin was the right man for the job. "Today we are able to check off all the boxes to develop a championship program in the hiring of Cuonzo Martin," Sterk said. "Cuonzo from the very start looked like a great fit for the Missouri program and the community."

In his opening remarks, Martin, a native of East St. Louis, said that coming to Mizzou felt like coming home. "To be home just off I-70 is a tremendous feeling," Martin said.

Martin spoke highly of Mizzou's facilities and fan support, and said he did not believe the program lacked the ability to win. "I think we have everything to be the last team standing one day, and that is my goal," Martin said.

In his most recent job at California, Martin finished 62-39 in three seasons while making both the NCAA Tournament and the NIT once. Martin quickly became a favorite for the job in Columbia after Kim Anderson was fired, and he said that he hopes to finish his coaching career in Columbia.