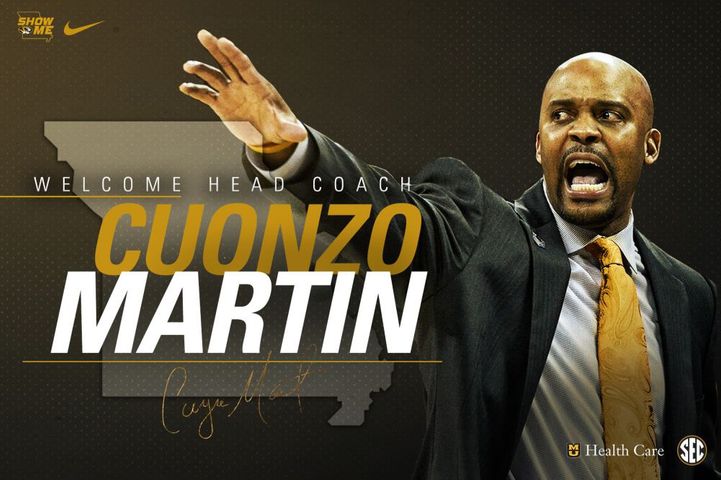 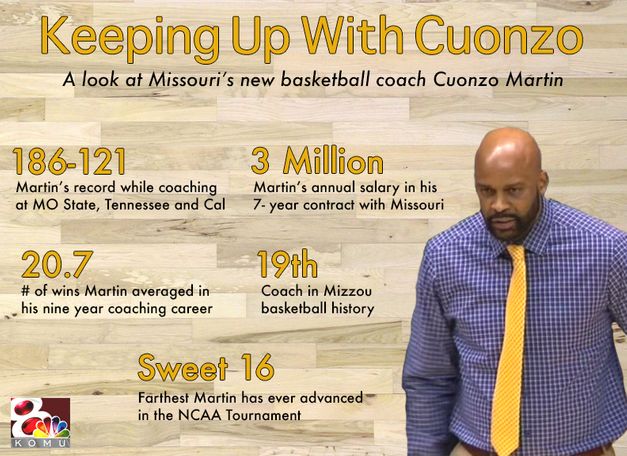 "We are thrilled that Cuonzo is returning to the Midwest and that his family will now call Columbia home. From the outset of our search, our goal was to find a coach who had demonstrated success, academically and on the court, while also sharing our values and who can help to reignite interest in Mizzou Men's Basketball among our fan base.

I believe we found all of that and more with Cuonzo and I look forward to watching him compete for championships and postseason appearances for many years to come."

According to ESPN's Jeff Goodman, Martin is getting a seven year deal for just over $21 million, or a little over $3 million per season.

At around 2 p.m., Martin resigned as the head basketball coach at California, suggesting that he had accepted a job "closer to home," according to a press release from the University of California's Athletic Department.

Director of Athletics Mike Williams said, "Cuonzo Martin has informed me this morning that he has resigned to accept a position at another school."

Martin, who's 45 years old, had been the coach of the Bears for three seasons. He had previous head coaching experience at Missouri State and Tennessee as well.

In his nine years of coaching, Martin has amassed a 186-121 record, with two NCAA Tournament berths. He led Tennessee to the Sweet 16 in 2014.

Martin has not stayed in the same place for more than three seasons. The seven-year deal reported by Goodman matches the length of Sterk's contract.

Missouri has been searching for its next head coach since Kim Anderson was asked to step down from the position on March 5, after going 27-68 in three years.

Martin has been praised for his local ties. He is an East St. Louis native and held the head coaching job at Missouri State from 2008-2011.