Curious cat takes a trip on the wild side 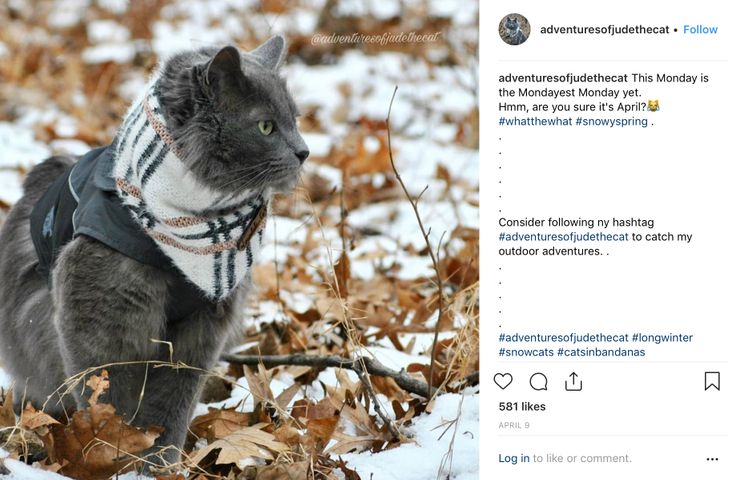 STURGEON - Jude, a curious cat waiting for his next adventure loves being outside. He hikes, kayaks and climbs trees. He can be seen at nature areas around mid-Missouri sporting a leash, a harness and his signature bandana.

Monica Montalvo-Beshears and her husband, Jess Beshears, began including Jude in their outings when he was 5 1/2 months old.

The great wide open is a big change from the cramped quarters where Jude began his life, cooped up in a small U-Haul trailer with his litter mates.

The Beshears rescued Jude two years ago from a neighbor who didn't take care of him very well. Jude was 8 1/2 weeks old.

“Jess saw the kittens while riding his four-wheeler,” she said. “They were filthy and flea infested. Jude was sick and his eyes had crusts of green drainage matted to his face fur."

That's when they decided to adopt Jude and take him home.

"He was so scrawny and hungry that anytime he saw food, he'd literally dive on it and try to eat our food,” she said.

Montalvo-Beshears decided to leash train him after she saw how much energy he had.

“By October, I started taking him out,” Montalvo-Beshears said. “He just had a lot of energy. I think, because he was an outdoor kitten, he was kind of okay with it.”

She started leash training Jude when he was about five months old. She said it took him about two weeks to get comfortable in a harness.

“I would have him wear it around the house and in our yard for short periods of times throughout the day," she said. "It then took another week or so to walk with a leash. We would entice him with his favorite tuna treats to get him to walk towards us. He caught on pretty quick.”

“I have to let him off the leash or just let him take the leash with him and he'll just run and jump and hang on the tree and then jump down," she said. "He absolutely loves it.”

When it comes to training a cat, she said patience and positivity goes a long way.

“Hiking with a cat is definitely a lot different than hiking with a dog because they go at their own pace,” she said. "They're just a little bit different because of noises and such.”

“I wanted to see what other cats were doing and actually learn more from other cats," she said. "There are a lot of cats that actually do some incredible, incredible things."