Current state budget is not prepared for possible economic downfalls 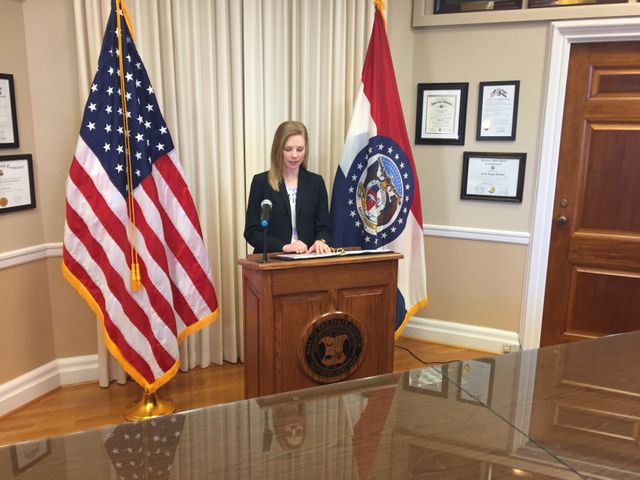 JEFFERSON CITY - State Auditor Nicole Galloway said Thursday that Missouri’s budget is not stable and when there are future economic "bumps in the road" Missouri is not prepared.

The 22 page report called "The State Budget Stress Test" is the culmination of almost a years worth of work since Galloway started back in March of 2017.

The report finds that the government funding relies more than ever on the individual taxpayer, this creates increasing instability as the state continues to struggle to fulfill its duties.

“Today more than ever, individual taxpayers are left footing the bill for the government.”

Galloway said that due to these facts and years of decisions based on unrealistic expectations the government is not prepared for an economic downturn and this could mean large cuts to important departments.

Galloway also focused on Missouri families during her speech describing the real struggle they are going through right now.

“The reality is a family of four is paying higher property tax rates to support their kids' schools, shelling out higher sales taxes on their newborn's diapers, and having more difficult conversations around the dinner table about how to pay for their teenager's college tuition."

Over the last year Galloway has tracked policy decisions that have impacted Missouri families, these include a lack of monitoring of state legal spending, hundreds of sales tax exemptions not being tracked and tax credit liability.

Galloway also called out Gov. Greitens and said he needs to be honest.

“Our current governor has responsibility to be honest with missourians this starts by admitting that our state does not even have enough cash to pay income tax refunds on time.”

According to the Associated Press, Greitens commented on his plan during a question-and-answer session with the Missouri Press Association Thursday.