Customers Can be Reimbursed for Buying a Naked Juice 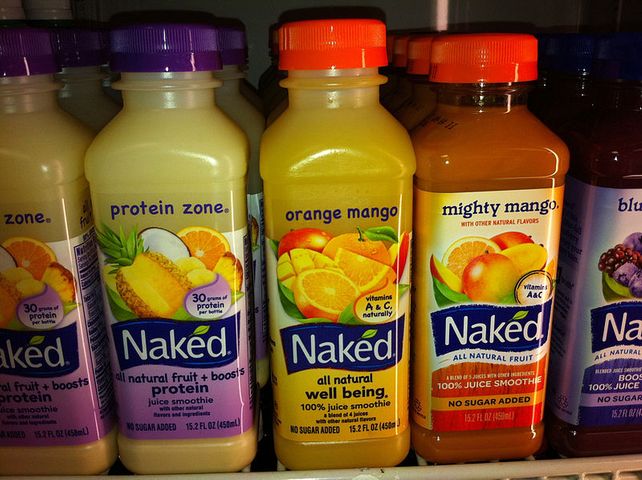 COLUMBIA - A class action lawsuit settlement with Naked Juice means anyone that's purchased the beverage in the past six years may be reimbursed.

The PepsiCo brand known for its "all-natural" fruit and vegetable-flavored drinks settled a lawsuit with a group of plaintiffs in California over the drink's alleged mislabeling. The plaintiffs in Pappas v. Naked Juice of Glendora, Inc. claimed Naked Juice falsely labeled their products as "all-natural" and "non-GMO." While Naked Juice still claims no wrongdoing, the settlement states the deal was reached after both sides evaluated the costs of the court battle.

The settlement requires Naked Juice pay $9 million for, among other costs, reimbursing people who have purchased the drink between September 27, 2007 and August 19, 2013. Those who wish to file a claim for reimbursement may visit the settlement website, created by California-based claims administrator Gilardi and Co.

The monetary reimbursement depends on two things: providing proof of purchase(s) and how much Naked Juice you've bought. If you can provide a receipt, you'll be reimbursed for the full amount of your purchases up to $75. If you cannot provide a receipt, you can still be reimbursed, but only up to $45. The amount you will receive without proof of purchase is scaled based on how much you've spent (see the scale here). According to the claim form, filing without proof of purchase "may be subject to audit, verification and Court review." The deadline to file a claim is December 17.

The settlement also requires Naked Juice to remove the "all-natural" and "all-natural fruit + boost" labels from their products. The drinks will also be tested by an independent laboratory, Eurofins GeneScan, to measure the levels of GMOs present in the drinks.

The U.S. District Court of Central California is scheduled to approve or deny the settlement on December 2. If approved, reimbursements will be sent 120 days later.

You can view the full settlement in Pappas v. Naked Juice of Glendora, Inc. and all its stipulations here.