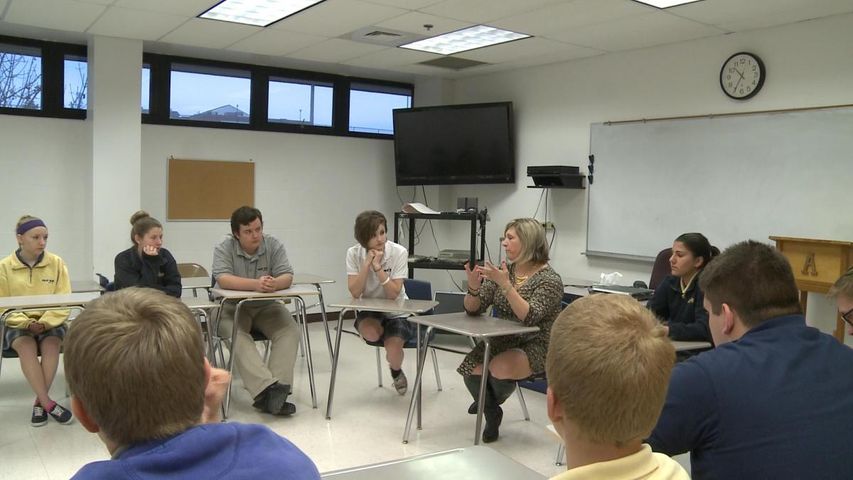 WASHINGTON - The world of social media is growing everyday, and for parents like Tina Meier, it means more than just a click of a button or distributing information.

Meier's daughter, Megan Meier, committed suicide on October 17, 2006, due to issues involving bullying on and off the computer screen.

Meier said ever since the tragedy, she has felt the need to carry her daughter's message to the world.

"The whole message is if I can get students, adults to be empathetic and understand what another person could be going through, then they are going to be much less likely negative," Meier said.

Out of the students who reported to research firm Zweig, Dank, Lachman & Yahner, 25 percent of teens on social media reported having an experience resulting in a face to face confrontation. Eight of those teens reported having physical altercation with someone because of something on a social media site.

Student Hannah Williams said rude comments have left her feeling alone and with no one to talk to.

"I started self harming, I developed an eating disorder and I didn't really want to live anymore," Williams said.

Another student, Lexie Hanse, said it is the little things that get under people's skin.

"If it does have as many likes and not as many comments, I feel like people place their worth on that and that is when they end up getting down on themselves," Hanse said. "You start to see it throughout their other posts."

Six students agreed with fighting cyber bullying by deleting a comment, reporting it or simply not commenting on the post.

Meier said it can be tough for parents nowadays but there is always a way to talk to your child.

"I think the biggest thing for kids is validating their feelings. Validate how they feel, not their reactions, not what they think, but just how they feel," Meier said.