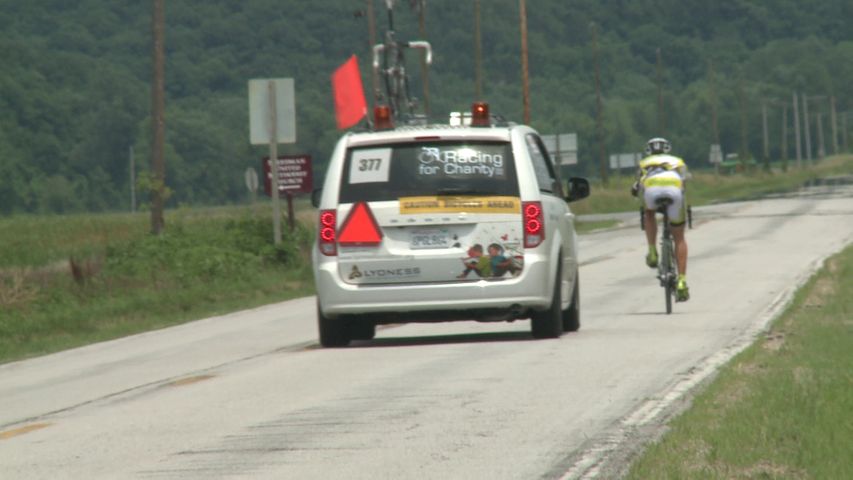 JEFFERSON CITY - Austrian athlete Christoph Strasser led fellow cyclists on Monday in the Race Across America. The nationwide race passes through 12 states, crosses 88 counties and 350 communities. It is 3000 miles total, with 170,000 feet of climbing.

Strasser started with other athletes in the solo men under 60 division last Wednesday.  They began in Oceanside, California and will end in Annapolis, Maryland anytime between this Thursday and Sunday.

The Austrian leader passed through the Jefferson City checkpoint Monday at 1:29 p.m. and was in Mokane, Mo. before 2 p.m.  The 28 year-old cyclist is making a comeback from last year when he had to drop out due to lung problems.

The race is a daunting challenge. Race Across America allows half the time of the Tour de France, while covering 30 percent more distance. This year's event was extra special, as it was the 30th anniversary of the race.

For more information on the Race Across America, click here.